It’s here, it’s the start of Phuket’s public transport revolution. It’s backed by people that have the resources and the ‘smarts’ to make the initiative a success. The initial route of Phuket Smart Bus will be followed up with new routes in the future. The organisers recognise that there are a few wrinkles to be ironed out. We’ll keep you up to date with the the latest news from Phuket Smart Bus…. 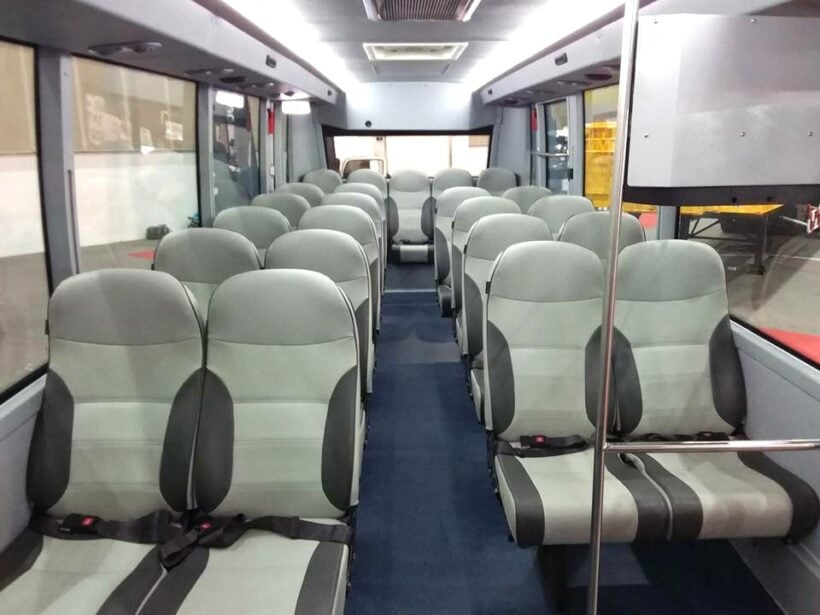 The bus will travel from pick-ups at the Phuket Airport’s international and domestic terminals to Rawai, along the west coast (after it turns towards the coast in Thalang). It will stop off at Kata Night Plaza, Karon Circle, Jungceylon in Patong, Kamala , Surin Beach, Bang Tao mosque, Boat Avenue in Cherngtalay and the Thalang District Office. The bus also takes the coastal route from the airport, through Nai Yang and Nai Thon before it comes out at Thepkasattri Road just north of Thalang.

2) What time does the service run?

The service travels in both directions from Rawai to the airport, from the airport to Rawai, along the same route. The service starts at both ends at 6.45am each day and the last bus leaves at 7.15pm, from each end of the journey.

Fares will range between 50-170 baht, depending on how far you travel. 170 baht will get you all the way from the airport to Rawai.

4) Who’s behind the Smart Bus initiative?

Phuket Smart Bus is an initiative of the Phuket City Development Group, a consortium of investors representing some of the island’s biggest business groups and families. The aim of the Smart Bus service is to bring about a sustainable and reliable public bus service to the island within five years.

You will need to purchase a Rabbit Smartcard to use the bus service. These are sold on the buses. Cards start at 400 baht plus about 100 baht for the card. You can ten top up the card and keep re-using it. You can also buy a Rabbit card at 80 stores around Phuket. The cards also offer a discount program which can be used in over 5,000 participating outlets.

Want to know exactly where the stops are and where the buses are right now? Click HERE.