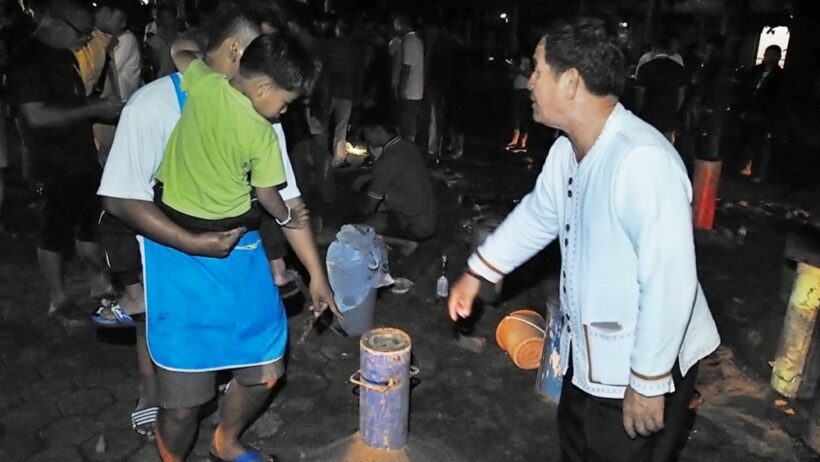 Police report that the explosion occurred at 10.30pm at the Wat Phra That Sobwaen in Tambon Yuan after villagers performed a candle procession around the chapel to mark Visakha Bucha Day after the procession.

Witnesses told police that the first rocket flew into the air but the second one exploded on the ground, causing injuries. 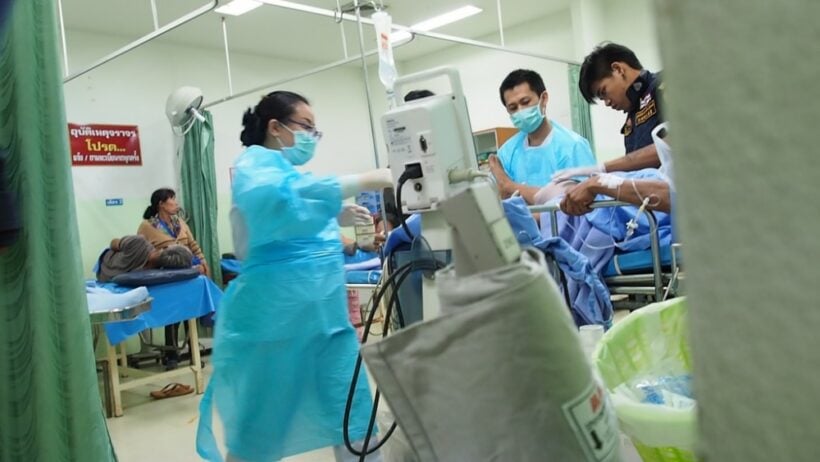 The three others, who were slightly injured, were identified as Anan Jaikla, 50, Mai Phankham, 63, and Thananchai Somrit, 48. 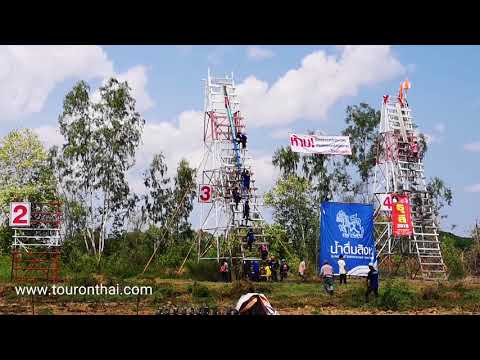 Three arrested with drugs and firearms in Phang Nga