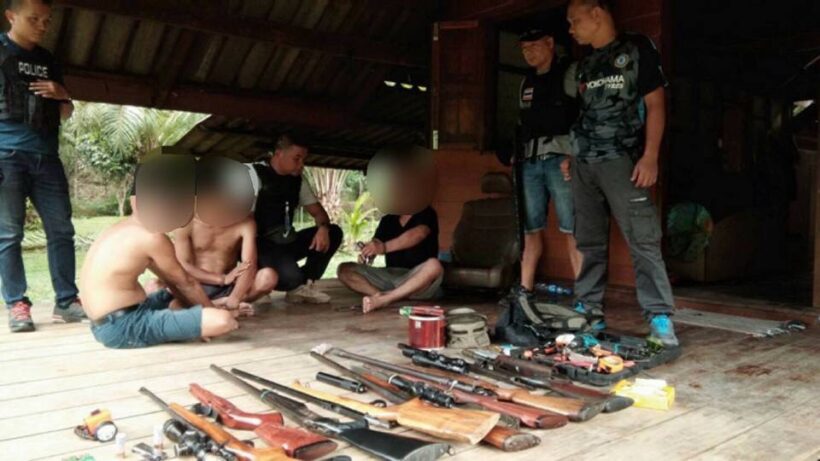 More than 10 police from the the Phang Nga Provincial Police raided a house in the Muang Phang Nga District.

“Wirat and Aditep have been charged with illegal possession of firearms and ammunition and carrying weapons in public without permit.

Aditep has also been charged with the possession of Category 1 drugs with intent to sell.

Kamon has been charged with illegal possession of firearm and ammunition, and carrying a weapon in public without permit.

The arrests came after police received a tip-off that people were taking and dealing drugs inside the house.

Wirat admitted that he is the owner of the house. Aditep was staying in his house and brought drugs from him. The firearms and ammunition belong to Wirat.

Aditep admitted that he took drugs from Sayan who he had met when they were in a prison at the same time. 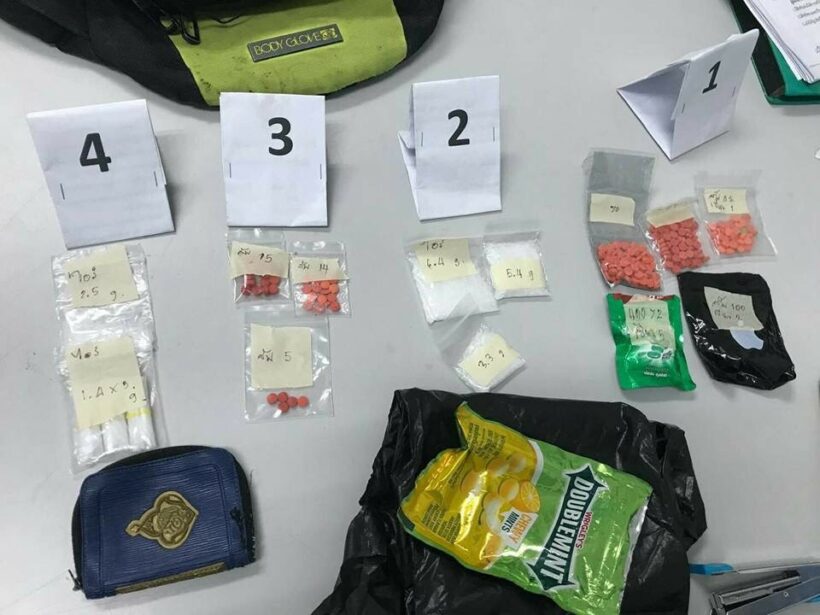 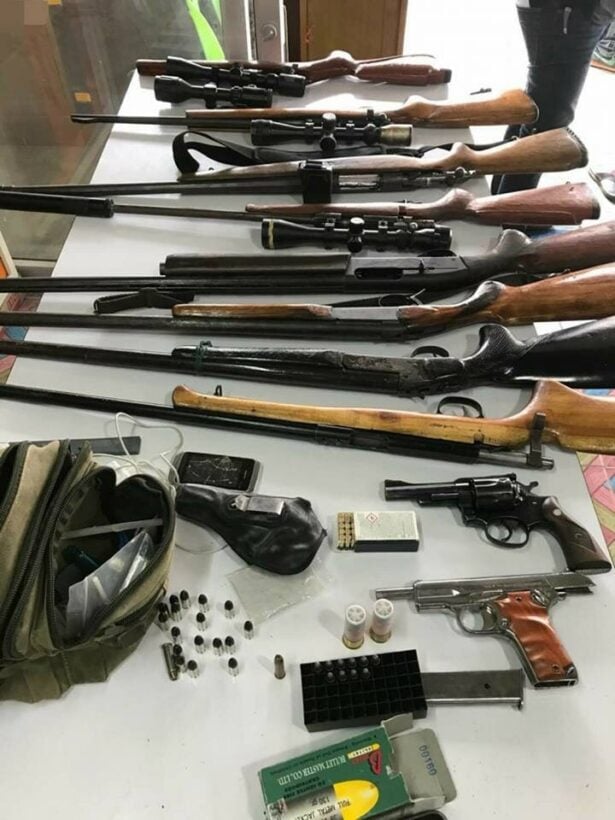