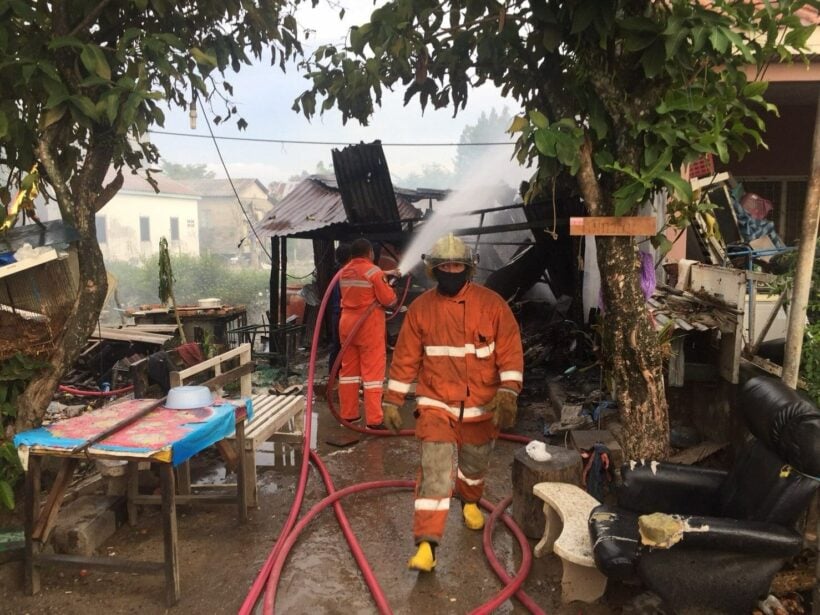 Officers from the Department of Disaster Prevention and Mitigation (DDPM) stationed at Rassada Municipality were notified of a fire in Soi Tha Jeen in Rassada, Phuket at 5:40pm yesterday (May 6).

Fire fighters with three fire trucks along with the Phuket City Police arrived at the scene to find the wooden house well ablaze.

It took about an hour to control the fire. Luckily the fire did not spread to nearby houses. The house was totally destroyed along with a motorbike. No injuries were reported.

One of the fire fighters says, “No one was in the house at the time. Local residents nearby say they could see the smoke and flames coming out from the house. So they call for help.”

“At this stage we believe that the fire may have started from an electric short circuit. However the forensic police are investigating the incident,” he added.

A mid June summit in Singapore – The Trump/Kim meeting

Rain in most parts of the country forecast this week