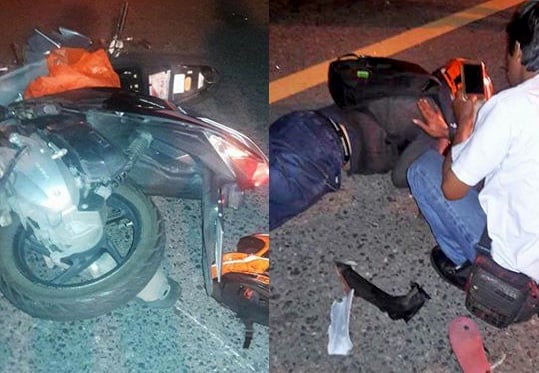 A Fillipino man, 35 year old Arthur Mina, and a Burmese woman have died following a crash earlier this morning (January 25) on Patak Road, Karon. Police say that his motorcycle collided with another motorcycle driven by a woman (whose name hasn’t been announced by police).

The accident occurred on a curve. The two drivers were allegedly driving at high speed and the Burmese woman lost control on the curve, running into the opposite lane and crashed into the oncoming motorbike.

The two were severely injured. Mr Mina later succumbed to his injuries at hospital at around 6am this morning. The Burmese woman also died later this morning as a result of her injuries.