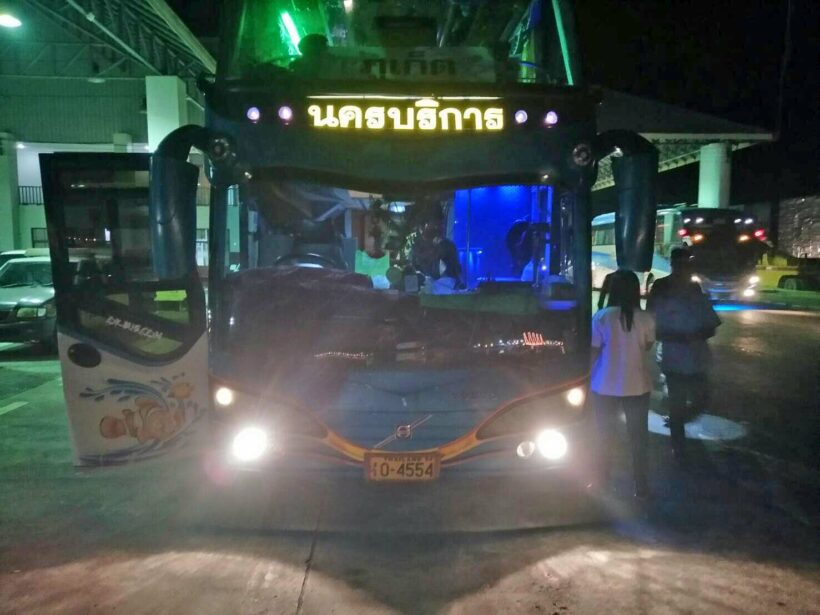 Last night (February 8), Thachatchai police at the Phuket Gateway checkpoint stopped a bus traveling from Nakhon Si Thammarat. While checking, police noticed Chakrit seemed suspicious so they searched him and found the drugs in his luggage on the floor. He was taken to Thachatchai Police Station for further questioning. 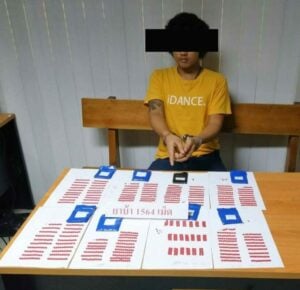 He confessed that he had taken the amphetamines from a man named ‘Haad’ – he doesn’t know the first or last name. ‘Haad’ called him and offered him 5,000 Baht to take the bag of drugs from behind an electric pole in Kapang sub-district, Tungsong District in Nakhon Si Thammarat and to deliver the bag to him in a Government Housing Project in Srisunthorn sub-district in Thalang.

Also last night, another man was arrested at the Phuket Gateway by the same team. Police arrested 33 year old Suppasak Suwannawijit from Phuket while he was driving his car through the Gateway with a pistol and two .38 mm bullets without registration number and license. He has been charged for carrying a gun in public and illegally possessing gun and bullets. 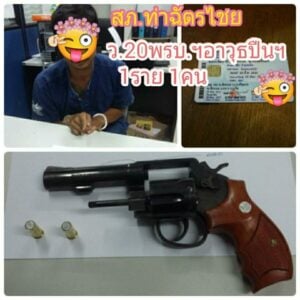