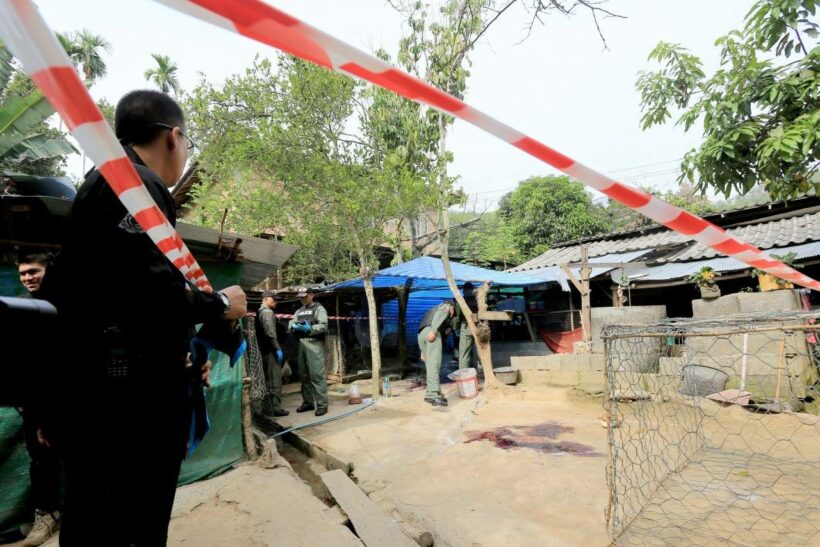 A conflict over the drug trade is thought to be the motive behind the brutal killing of five men in Yala province yesterday.

“We have not yet ruled out other possibilities but our investigation has showed the victims were involved in drugs,” police’s deputy spokesman Pol Colonel Krissana Pattanacharoen said yesterday.

The murders took place at about 1am at Ban Tohdue village in Tambon Tanoh Puteh, Bannang Sata district. Police and soldiers found spent bullet casings at the scene, but an informed source said four of the victims had sustained knife wounds as well as bullet injures.

“Most victims were knifed in the back and in the mouth,” the source said, adding the knife wounds were apparently inflicted before the attackers shot dead all five victims.

Police are now examining recording from closed-circuit cameras near the crime scene to determine who the killers were.

A source claims two of the slain men were major methamphetamine and kratom traffickers.

Colonel Tanawee Suwannarat, a deputy spokesman for the Forward Command of the Internal Security Operations Command Region 4, said the attackers arrived at the crime scene on two motorcycles.

“All victims died at the scene,” he said.

Tanawee said the military’s own probe had indicated that the murders might not be related to the insurgency in the deep South.

He urged people to get in touch with authorities if they knew anything about the crime or the attackers.

“You can provide information via the hotline 1341 around the clock,” he said.