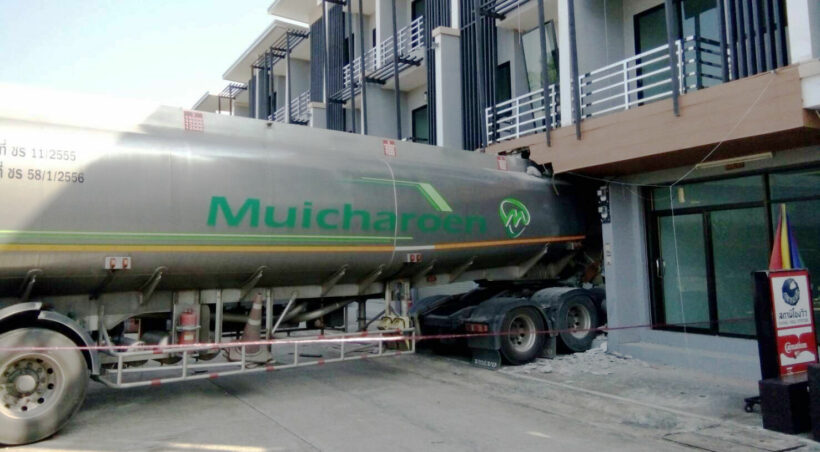 A driver of a gas tanker carrying nearly 50,000 litres of fuel had a lucky escape after he managed to plough the vehicle into a three-storey building in Chiang Rai province.

The story, reported by Thai news outlet 77kaoded and shared by ThaiVisa, says the man fell asleep at the wheel of the tanker before crashing into Mekong View Plaza, a commercial building in the Wiang sub-district of Chiang Saen. 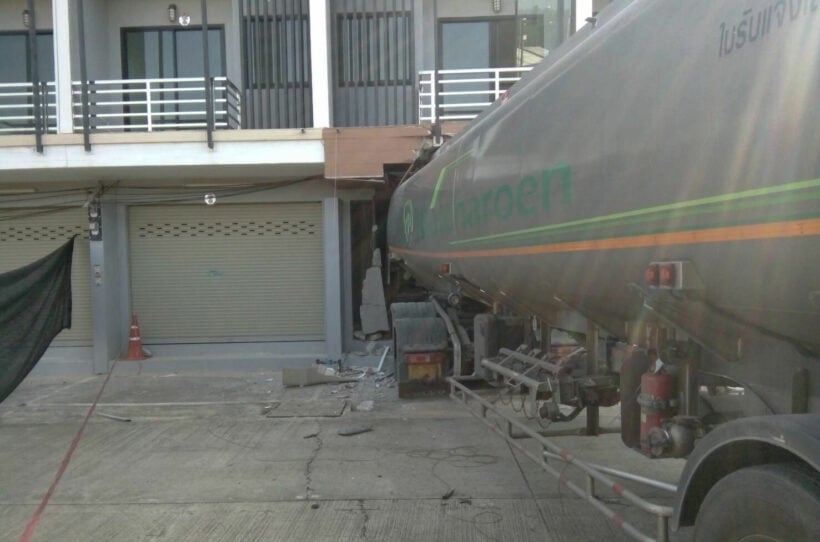 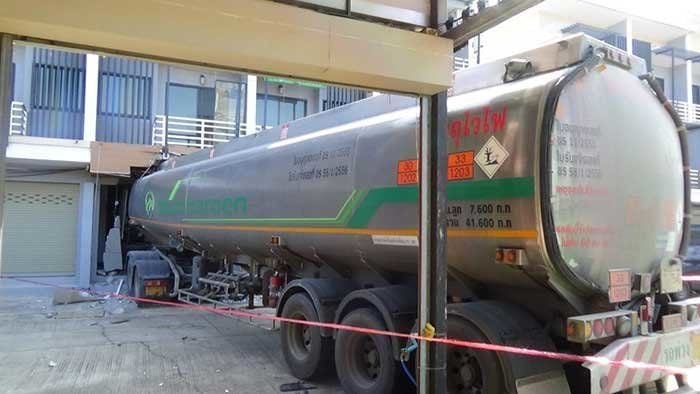 77kaoded reports that the accident occurred on Sunday afternoon and the driver is suspected of falling asleep while under the influence of drugs. He escaped with minor injuries and no fuel was spilled in the incident, although the building sustained severe damage.

The report does not confirm whether or not the driver was arrested.