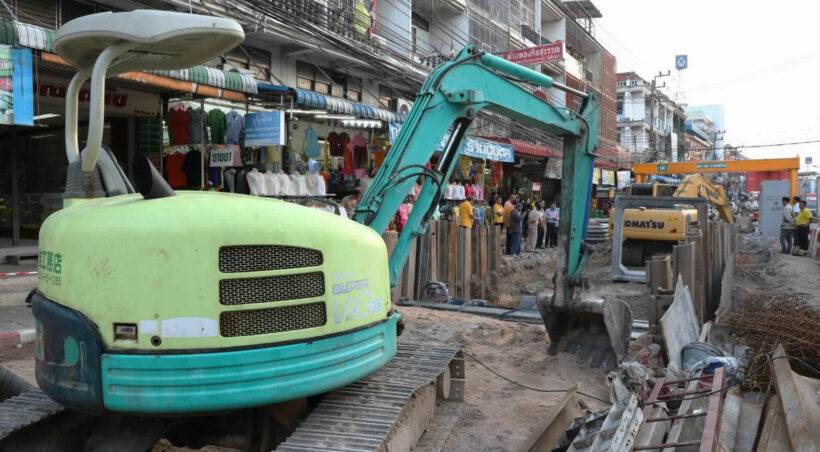 Following numerous complaints about the effect of various work projects on city traffic, Pattaya’s mayor has visited one of the construction sites where a water drainage project is being completed.

The Pattaya News says Mayor Sonthaya Khunplueam inspected the site on Sawang Fah Road in the Naklua area of the city, where the drainage project is taking place over an area of 24,564 square metres and has now been going on for nine months.

Countless members of the public have taken to social media and various news outlets to express their frustration at the traffic problems caused by several projects being carried out across the city.

Speaking to the assembled media, the mayor attempted to reassure the public that measures were being put in place to address their concerns.

“Some parts of the construction on Naklua East Road needs to be changed from the plan due to traffic which has affected road users and operators. We have discussed with the committee and the contractor to avoid problems that can be caused from the construction.”