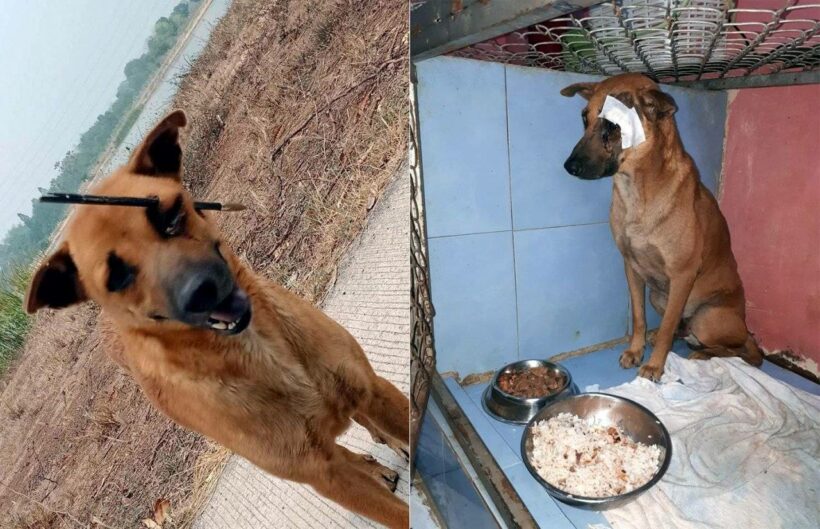 A stray dog living in a public park in Udon Thani’s Muang district, which was seen with an arrow piercing its left eyebrow on Friday morning, was captured, sent for treatment at Bamrungraks Animal Hospital and now recovering from its adventures.

Napassorn, who had posted a video clip and photos of the dog on Facebook, leading to online concern about the animal’s fate, says that an attacker had intentionally shot at the dog.

Daeng has been living on food scraps in Nong Tako Park.

The woman and her American husband had received help from provincial livestock development officials in capturing the elusive dog, which had fled to a nearby forest on Friday and Saturday morning.

At 6pm on Saturday, the dog was captured after being shot with a tranquiliser dart by volunteer Bundit Muenruaekham and taken to the animal hospital for surgery.

Veterinarian Jirawat Pali said the dog’s wound had become inflamed and was bleeding but the animal would not lose its eyesight as the arrow, which had been dislodged by the time of its capture, had narrowly missed its eyeball.

The dog was being monitored at the animal hospital on Sunday as a new home for it was sought.