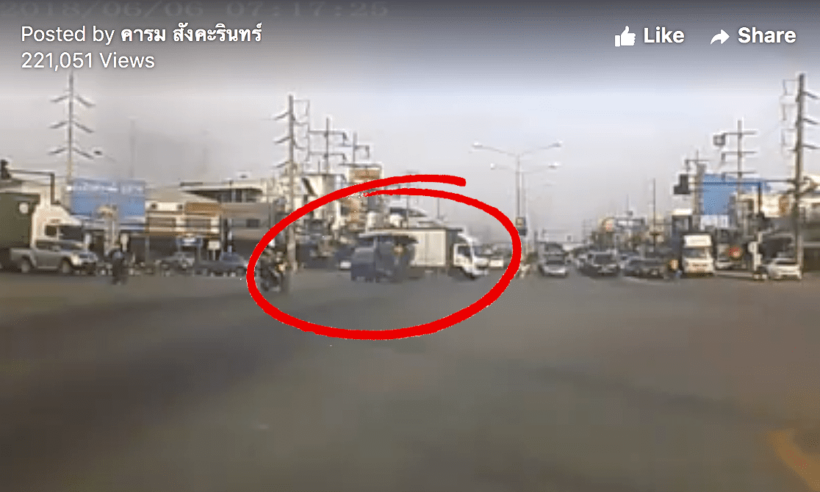 CCTV footage from an intersection near Kabinburi, east of Bangkok, showed a fully loaded school songtaew almost collide with other vehicles as the driver plowed through a red light.

Thai Rath reports the songtaew almost topples over, such is the speed and swerve. The children came from three area schools – Kabin Withaya, Jiamin School and Ruksasap School in Prachinburi.

Following Wednesday’s the incident the local Department of Land Transport fined the driver, 51 year old ‘Beng’, 5,000 baht and suspended him from driving for 30 days.

Beng apologised to the assembled reporters and the community saying that the light was green then changed to amber and red as he passed through (the video evidence suggests to the contrary). Meanwhile other songtaews of a similar kind picking up children in the area were all slapped with 1,000 baht fines for using the wrong kind of vehicles.

Drivers complained they were being made scapegoats because one man drove like a maniac.

Beng’s vehicle has been permanently retired, with the words “Haam Chai” (use forbidden) now indelibly stencilled onto the windscreen.