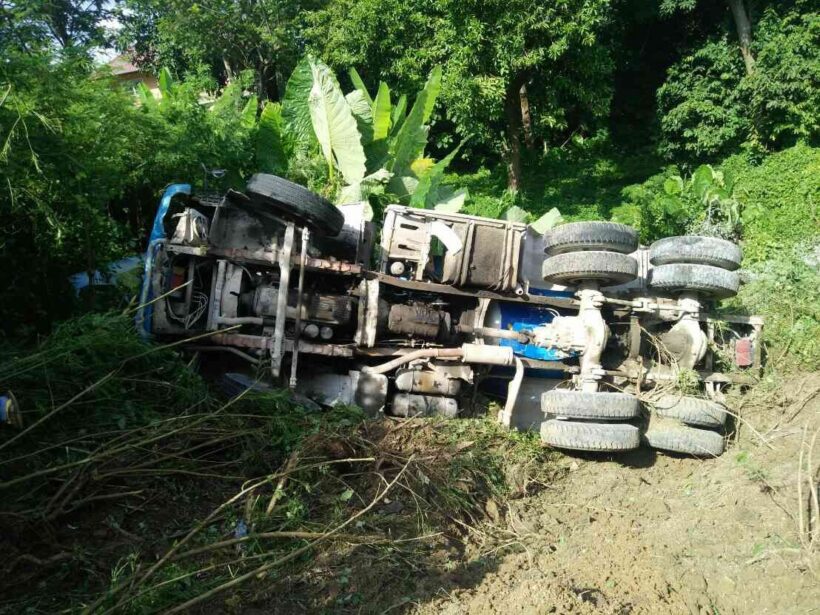 The concrete truck was driven by 31 year old Suriya Pattasri fell off a 30 metre cliff yesterday (October 29), after he was unable to change the gear and the truck slipped backwards to the cliff near the deep-sea port in Wichit.

Luckily, the driver jumped clear of the truck before it fell although he received some minor injuries in his leap to safety. He was taken to the Vachira Hospital.

He explained that he was on the way to deliver the concrete to Soi Nagarat where the truck fell off the side of the road as he tried to change gears. The concrete driver says he couldn’t change the gear, the truck moved backwards very fast and he just had time to jump out of the driver’s door before the concrete truck careered over the edge. 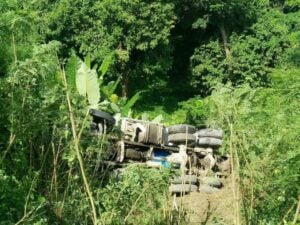