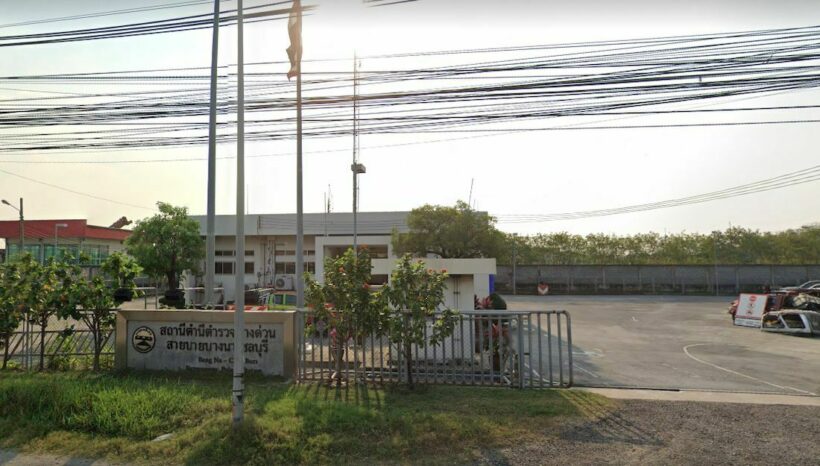 Police in Chon Buri are continuing their investigation to determine the cause of an incident on an overpass in the Klong Tamru sub-district last weekend where a motorbike rider was seriously injured after his bike plummeted off the 10 metre structure, according to The Pattaya News.

The incident was reported to emergency responders by a 35 year old witness who claimed they found the wrecked motorbike lying on the road under the overpass. They reported that the driver was seriously hurt, but alive, lying on the pavement beneath the overpass.

“I immediately called law enforcement and medical services for assistance.”

When police arrived they discovered the male motorbike driver, who was roughly 30 years old, 10 metres beneath the flyover on the ground with serious injuries. He was taken, unconscious, to a nearby hospital and his condition was serious but doctors expected him to survive.

According to Chon Buri authorities, the motorbike owner was identified as Witoon Yingpa from Buriram. But police are not sure if he was the actual owner of the motorcycle as he had no additional documents to confirm his identity.

Motorbikes are often forbidden to drive on overpasses, according to Thailand’s traffic laws.