The 13 footballers rescued from a flooded cave in Chiang Rai province continue to recover under the supervision of staff at the Chiangrai Prachanukroh Hospital. Relatives have even been up to visit them and be with them.

He reports that the youths’ relatives were allowed to visit them on the condition that they wear a face mask and wash their hands before and after visiting. The boys were divided into three batches in health updates: the first four brought out on July 8, the four rescued on July 9 and the last five brought out on July 10

Thongchai said the first four had no fever, were able to eat normally, had normal eyesight while the two of them who had signs of pneumonia responded well to treatment, had normal lung X-ray results and had no blood infections.

The final five were reporting a lower fever and one, with signs of pneumonia, was recovering and the three with an infection of the middle ear were responding well to treatment.

There were all given a week of antibiotics treatment.

The hospital is also providing counselling and consultations although they all appeared to have no stress or concern over what happened. Counselling would continue after their release from the hospital, he added. 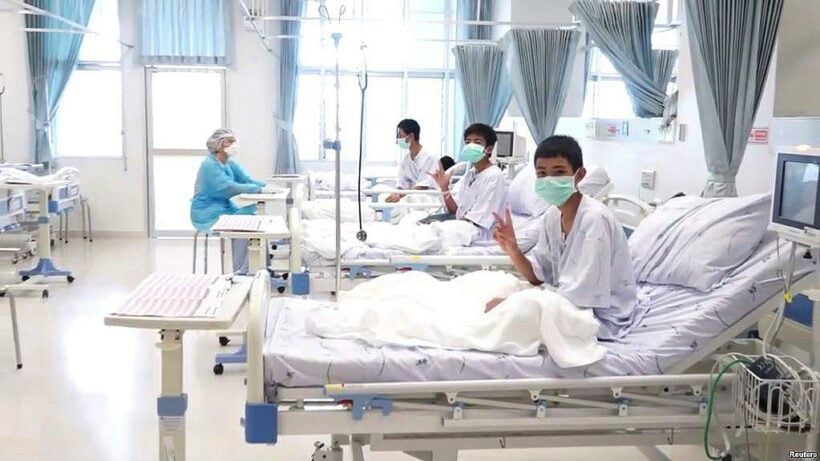