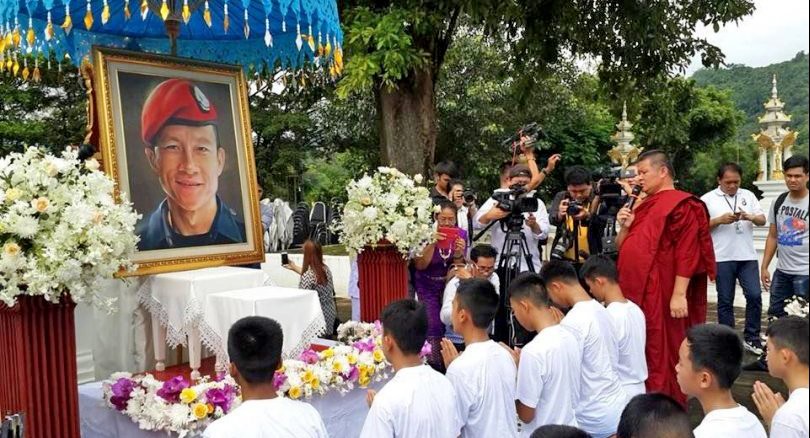 Eleven of the Mu Pa football team rescued from the Chiang Rai cave in Mai Sai, along with their assistant coach, participated in a Buddhist ritual this morning (Tuesday) in more carefully stage managed media appearances in the aftermath of the rescue.

Their teammate 14 year old Adul Sa-mon didn’t participate in the ceremonies as he attends a Christian-school.

Mae Sai resident Nonglak Khammona, who was among several hundred people attending this morning’s spirit-worship ritual, brought 100 pouches filled with coins for the 12 “Naga” being ordained so they could distribute them to others to earn merit.

She said she hoped the boys and the coach learned and practised the dharma well to make merit for Saman Kunan, the ex-Navy SEAL who died during the cave rescue mission.

“When the team members repay the one who sacrificed his life so they could live, their lives will be better,” she said.

Sangkhom Phetchkao, who works for a Chiang Rai rescue foundation, was pleased to see the boys and the coach getting ordained in gratitude for their return to safety and so many people showing up to witness the morning’s merit-making event. 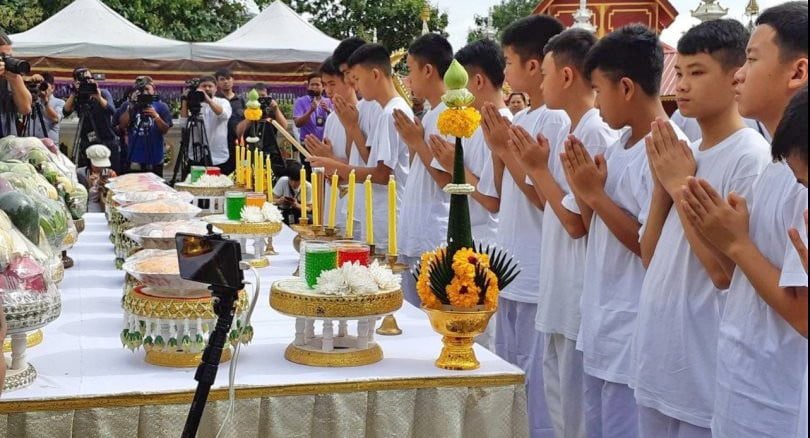