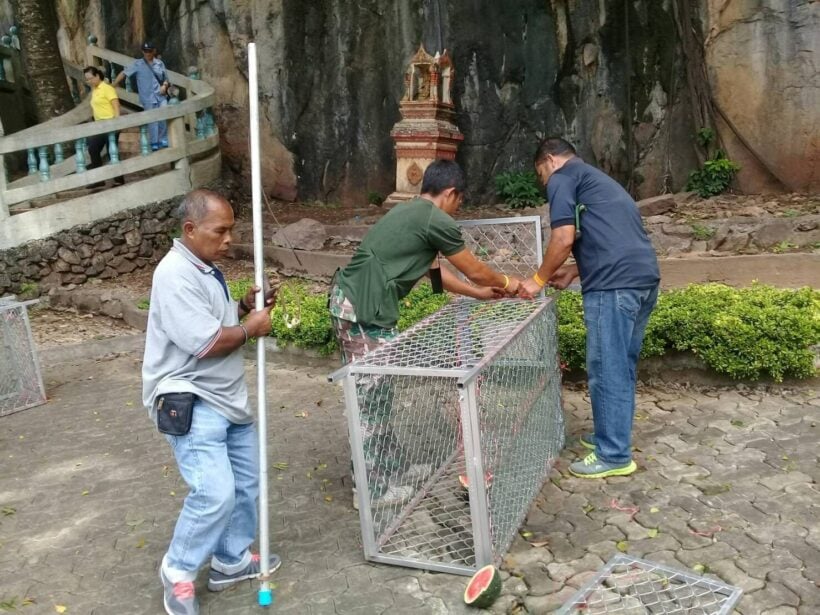 Monkeys living around the famous Tiger Cave Temple are being sterilised in the first step in monkey birth control in Krabi where more than 1,000 monkeys are getting into trouble with tourists and locals as their populations swell.

Chief of the Krabi Office of Natural and Environment Resources Chalermpan Yinjaroen says, “These monkeys were caught on July 21-22 for sterilisation. After that they will be released to a new home at a mangrove forest on Koh Lanta which is about 3,000 rai in size.”

“Not all the monkeys here will be captured and neutered as they are a part of the tourist attraction at the temple. Tourists shouldn’t feed monkeys or play with them because the monkeys might bite and can be very cheeky stealing valuables sometimes.”

“If we don’t solve the monkey problem here this will continue to affect tourism. Warning signs have been placed to warn tourists but some of them still feed the monkeys.”

The Krabi sterilisation program is a follow up to the successful capture/neuter/repatriate program that was initiated in Phuket for some of the island’s troublesome macaque monkeys. 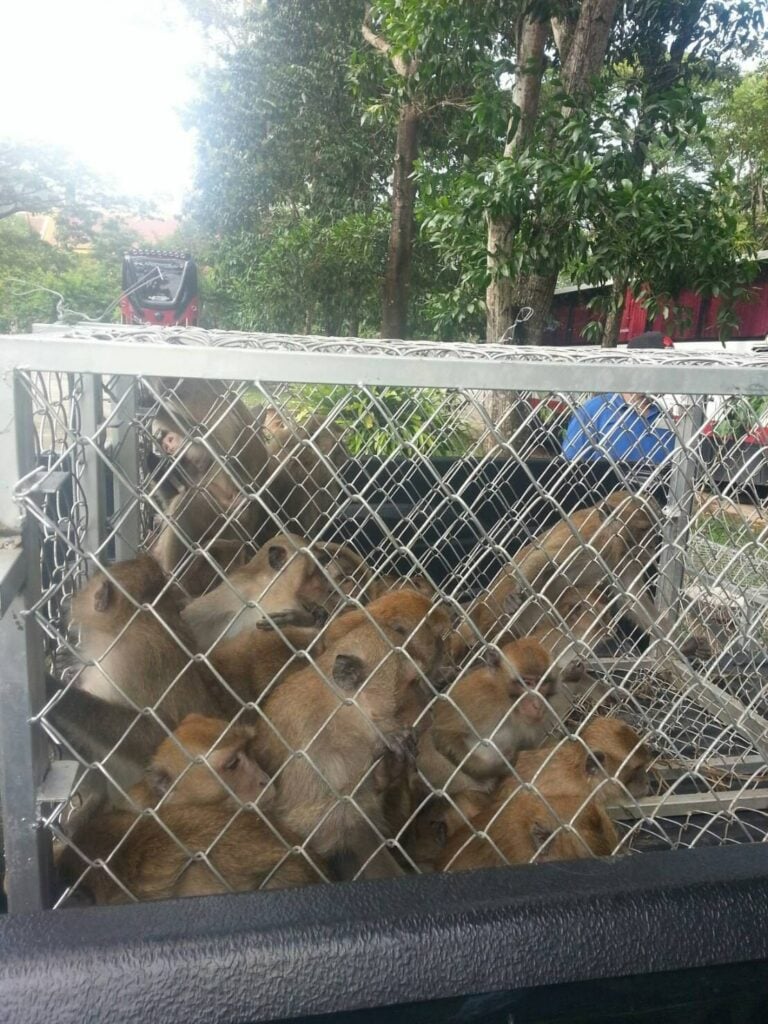