A drug suspect has been killed in shootout with soldiers.

A drug suspect has been shot dead during a shootout with soldiers in Chiang Rai province. An estimated 15 million methamphetamine pills were found in the back of the man’s pickup.

Soldiers came under fire late on Thursday night from the pickup truck in an apparent bid by the driver to flee from a checkpoint.

Soldiers returned fire and chased the vehicle. The shooting continued as the suspect vehicle drove from Wiang Chai district to Muang district where the pickup finally lost control and crashed into the roadside.

When soldiers checked the vehicle, they found the body of the drug suspect, identified only as Anat, a 30 year old Chiang Rai resident. 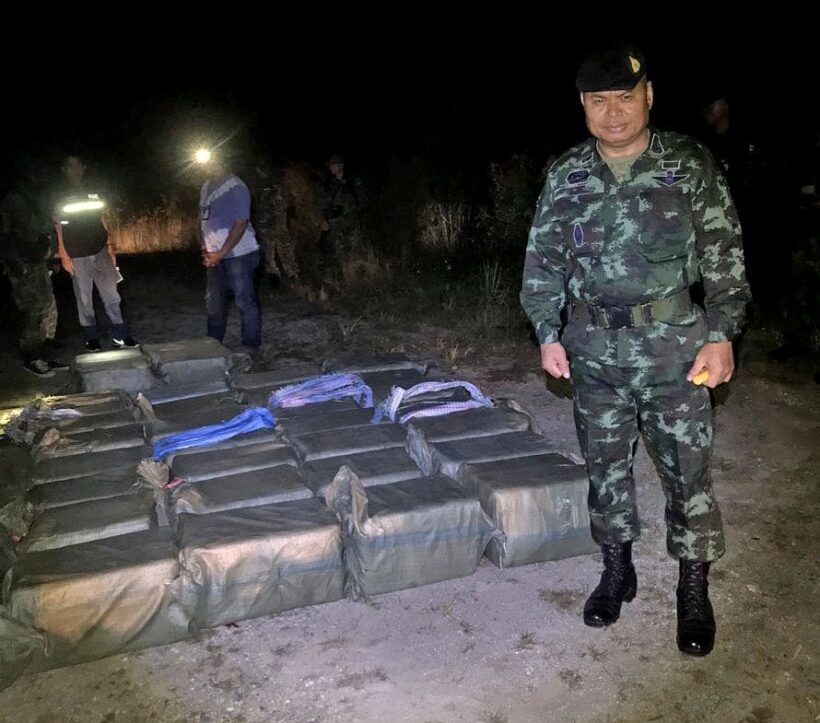