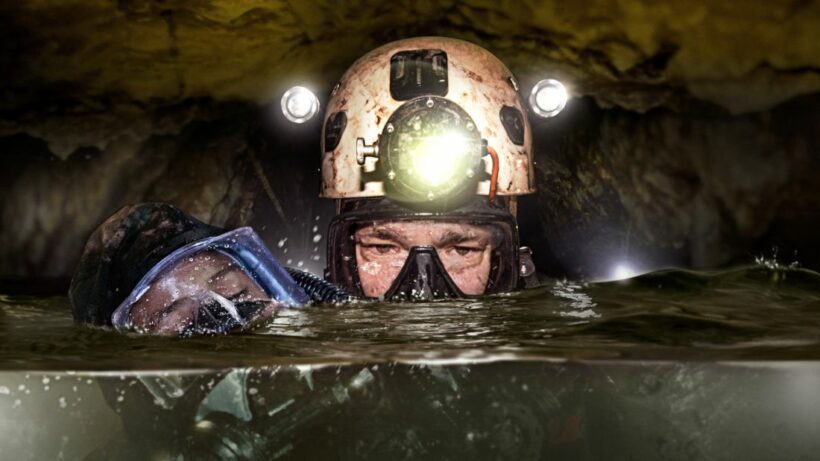 The first of a few productions about last year’s massive cave rescue at the Tham Luang caves in Chiang Rai is going to be released on November 28. It is a feature film called “The Cave” (Nang Non) and will be released in Thai theatres as well.

The film focuses on the rescue itself as the director said working with the censorship board, set up to control copyright issues around the story and the people involved, were a nightmare to work with.

Director Tom Waller said he wasn’t allowed to have any contact with the 13 young men who were rescued from the caves so had to work around the story of the actual rescue instead.

A trailer was released yesterday. “The Cave” will also screen at the London Film Festival starting on October 2. The film has confirmed other festival dates, including a North American premiere at the Vancouver festival and a European debut in the Thrill section of the London festival. These will be followed by a commercial release in Thailand from November 28 through SF Cinemas and Major Cineplex.

Director Tom Waller, a Bangkok-based Thai-Irish producer and director, spoke at a screening of his 2008 indie film “Soi Cowboy” saying he’s focused on the unsung heroes of the rescue.

He said the film includes the stories of an Irish diver who aided the rescue, an American who was on-site, and a farmer who allowed the water pumped from the cave to flood her fields.

Tom’s other films for De Warrenne Pictures include “The Last Executioner,” “Patong Girl” and “The Elephant King.”

Netflix and Ivanhoe Pictures are also preparing a series on the events surrounding the June/July 2018 rescue when the Mu Pa (Wild Boars) soccer team, consisting of 12 schoolboys and their coach, became trapped in the Tham Luang caves in northern Thailand.