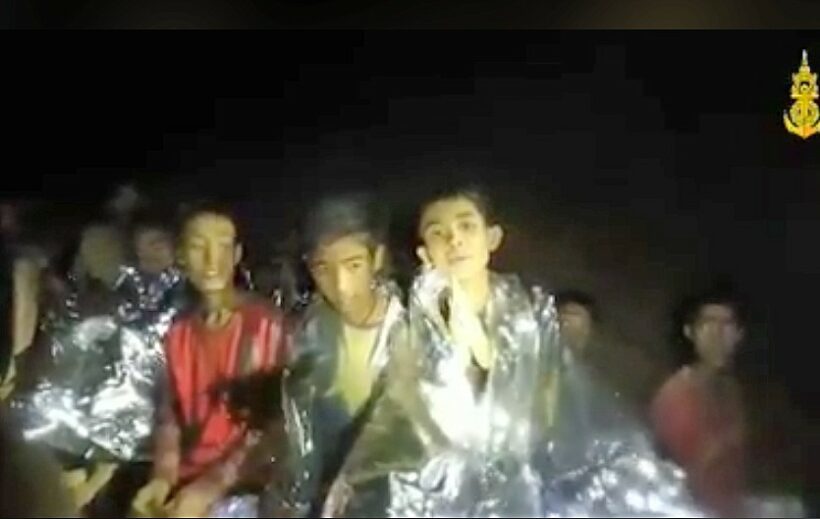 “…all of them are in the good hands of seven Navy SEALs, who will be with them and take care of them all the time.”

Authorities are mulling whether they should wait for water levels to subside, which could take a long time, or use divers to bring the footballers out in a risky evacuation before rains return.

Rescue crews are now set to carry out the daunting task of bringing the 13 stranded footballers out of the Tham Luang cave via the partially flooded passage, as that remains the only way out. Exploration for alternate ways could take too much time amid the forecast of more downpours, making it likely that the 12 young footballers and their coach would be evacuated today.

“If heavy downpours resume, floodwater in the cave will definitely rise. So, it is necessary that we get the victims out first,” Interior Minister Anupong Paochinda said yesterday.

At present, the victims have been given minerals, food, water, and lighting. A doctor, a nurse, and Navy SEALs are now keeping them company. Despite the urgency, the trapped footballers may have to stay inside the cave for months until they are strong enough to travel out of the cave, Navy SEALs commander Rear Admiral Arpakorn Yukongkaew said. Arpakorn stated that he could not answer how long the team will have to stay inside the cave, as it depended on the state of readiness of each boy.

“Everyone can be relieved now, as all of them are in the good hands of seven Navy SEALs, who will be with them and take care of them all the time,” he said.

“Two of the Navy SEALs are medical practitioners with expertise in this task, while there will be constant food and medicine provided to the trapped footballers and a communication line to the outside world set up.” He also asked the public not to be concerned about the level of floodwater while the boys are still inside the cave, as their location is safe and high enough to protect them from floodwater. His opinion was at odds with Anupong who seemed bent on pushing ahead with the operation to get the stranded team out. One of the contingency plans is to have two professional divers take care of each of the kids on their way out of the complicated cave network. Anupong admitted that this option was risky because diving in such a condition is highly challenging due to the narrow passage and negative factors including darkness.

The minister said the authorities would weigh the pros and cons of the action plan as suggested by rescue experts before making the final decision. However, as it is not possible to pump all water out of some sections of the route due to their depth, authorities are considering training the children to dive.

According to a tentative action plan, two of the three phases of the rescue have already taken place. In the first phase, a group of four SEAL divers and rescue experts with survival kits and food will return and stay with the group for an unspecified period. During this time, the experts will also conduct an additional structural survey of the site to ensure safety. In the second phase, a doctor and other experts will join the group to do medical and related check-ups of all 13 persons and adjust their living conditions. In the third phase, more food will be supplied and there will be diving sessions for the boys while authorities continue to pump more water out of the cave network.

Related Posts  "Careless captain may be the cause of boat explosion," Krabi Police 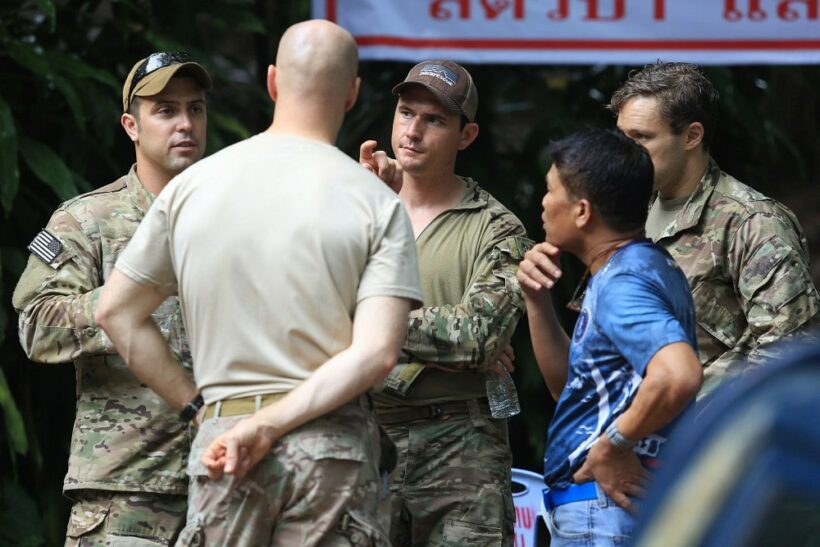 Externally, authorities have also stepped up efforts to divert water from fresh rains in other directions to minimise flooding inside the cave network. Another option is to find a natural opening or drill an entry point near where the 13 persons have been stranded to get them out of the cave network through the roof. Dr Suttisak Soralump of Kasetsart University, a geo-technical engineer, said his team had earlier drilled an exploratory hole in the cave network to help find natural openings near the site where the team is trapped.

Bill Whitehouse, vice chairman of the British Cave Rescue Council, was quoted by CNN as suggesting that there are significant technical challenges and risks regarding the option to dive the kids out of the cave network. Narrow passageways along the route could lead to serious complications during the rescue, he said. Chiang Rai: “I looked up and there they were.”