They’re out. Now what for the 13 young men from Mae Sai?

They entered the Tham Luang caves on June 23 along with their 25 year old coach, Ekkapol on a benign post-practice trip to the nearby caves. The y’d been there before.

Except for their families, guardians and school friends, they were basically unknown to anyone outside the Mae Sai district, up in far Northern Thailand, close to the border with Myanmar.

They were just kids, 11-16 year old teenagers who had nothing much to worry about except their schooling, their love for football and what to eat next (it’s emerged that they love sweet basil pork – spicy!).

That situation has now changed drastically and they are unwitting overnight (well, 18 day) media stars although we’ve barely seen them except for a few fuzzy videos inside the cave and some masked little faces in the Chiang Rai hospital.

If they thought their life had taken an unplanned swerve when they got stuck inside the cave, that’s nothing compared to what lies ahead for the 13 young men. Profound changes are about to descend on them.

Their lives, and that of their families, are going to be very different following their forced and extended stay inside the bowels of the Khao Nang Non mountains.

How will this be managed? Who is going to protect the interests of each individual as the world’s media try and get their ‘exclusives’, knock on their doors and ‘hunt them down’? 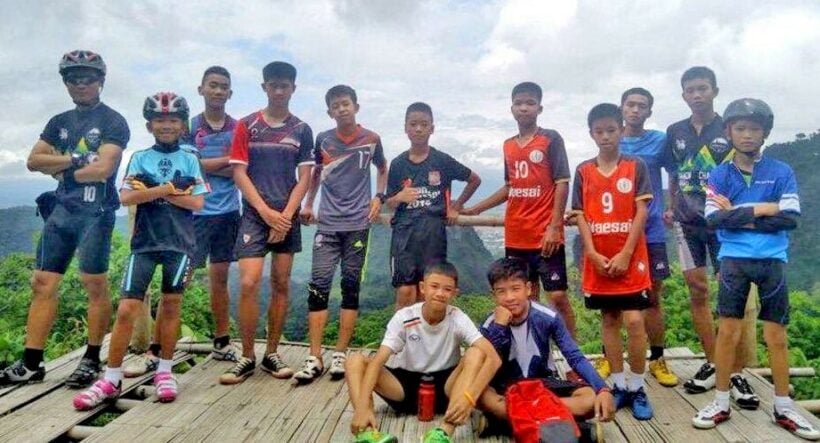 As the authorities have worked diligently to protect the young soccer players from the prying eyes of the media, they’ve unwittingly made the team even more desirable media fodder. So far, we know very, very little about the team, their journey into the cave and how they managed the situation in the dark, waiting. And waiting.

After a week or so there will certainly be some sort of highly stage-managed media conference with a few or all of the team introduced to the media. If not the team we will have some of the key leaders and a few ‘heroes’ lining a stage providing information.

If they don’t accede to even a basic media conference with some representation of the 13 team members then journalists, local and international, will pursue individuals, despite the best wishes of families to ‘respect their privacy’.

The less that is known, the more people will want to know – that’s the nature of media.

It’s doubtful that any of them will be used to talking to hundreds of people, let alone a generally polite but persistent Thai media.

In the meantime the thirteen individuals have to get their lives back on track. Their school counsellors, families, medical staff and mental health experts will surely be keeping an eye on them. And there will be no shortage of support. We can imagine fund-raisers, Go Fund Me campaigns and any number of ways their local community, as well as the wider Thai and international community, will rally to provide whatever resources the young men need. 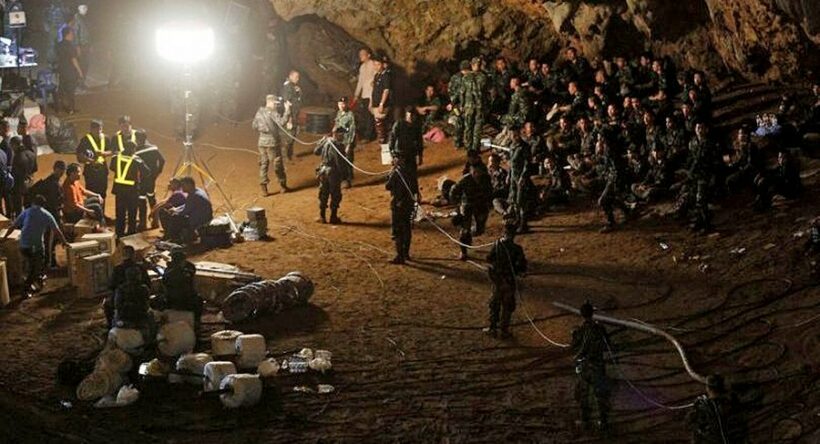 But how to protect them from their new-found fame?

It’s going to be difficult and some of them will cope better than others. Some will surely want to get back to their lives as anonymous members of their community. Some will better cope with the attention and even take advantage of the many offers that are sure to come their way.

There will be the formal round of official ‘welcome homes’, thank you dinners for the rescue workers, medals awarded, meetings with the Thai PM and perhaps even some members of a ‘special’ Thai family may want to meet them.

Surely there’s the feature articles, the books, the TV appearances, interviews and, eventually, the movies that are bound to follow in the wake of such intense world-wide media interest. Hollywood producers are already in Chiang Rai scoping out the area and picking up background shots. It won’t be one movie, there will be several. And countless TV and web documentaries and analysis.

Then there’s the singular case of 25 year old assistant coach, Ekkapol Chanthawong who, by all accounts, is a responsible community member who loved his work with the football team, his Aunt and his ailing grandmother. Ekkapol, or ‘Ake’, will forever carry the burden of having guided his team into the caves on June 23 for, what was meant to be, a benign excursion following their scheduled Saturday football training. There will be a different type of media attention on him, partly because he’s older and partly because he is the lead character in the story. (There have been stories circulating in some Thai media that Ake actually went in to find the boys and was caught in there, along with the other 12, during his search. The stories are unverified at this stage.)

Of course we mustn’t forget the many rescue workers, from around the globe, and from within the ranks of Thailand’s elite Navy Seal. The international rescue effort has been extraordinary – a bringing together of some of the most competent and skilled cave-diving specialists, a first.

38 year old Saman Kunan, a former Thai Navy Seal, gave his life during the rescue effort – dying a hero trying to save others. His loss of life, during valiant efforts to save the group, was the only casualty and an honest reminder of how dangerous the mission was.

The effort to find and retrieve these 13 footballers has been immense – the effort, scale and magnitude of the rescue has probably only been matched following the 2004 tsunami. The sheer complexity, volume of equipment and skills involved to get these youngsters out alive has provided valuable experience for everyone from government officials down to the nurses and staff at the hospitals, local village volunteers and Thailand’s media.

For the 12 members of the Mu Pa football Academy and their loyal mentor, Ekkapol, their lives will now be different in profound ways they can’t even imagine.