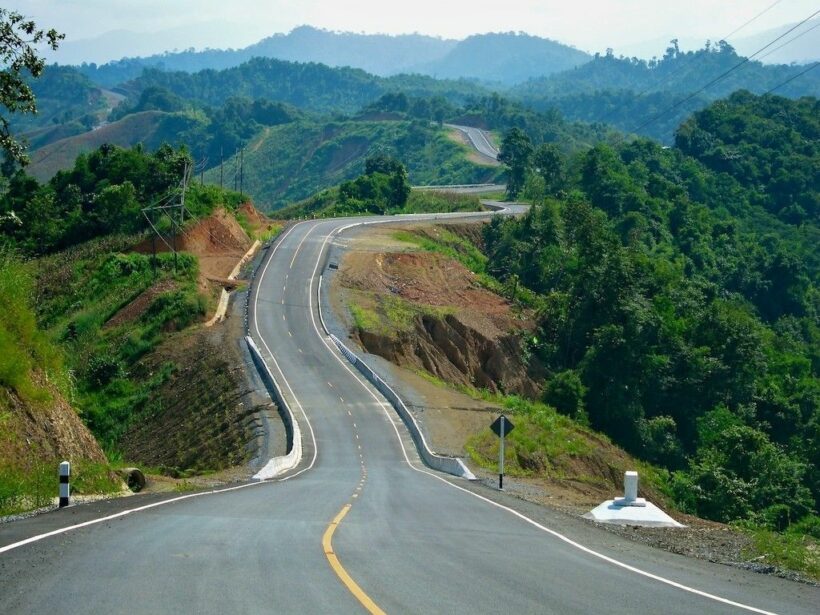 Thai PBS is reporting that 25 French tourists plus one Thai guide have been injured after a tour bus overturned on a secondary road in Mae Lao district of Chiang Rai province yesterday (Tuesday). The road conditions were reported to be ‘poor’ at the time.

Emergency responders report that most of the tourists sustained bruises and were discharged after given first-aid treatment at Mae Lao district hospital. 4-5 of them were in a serious condition

Natthapol Klinchuen, the tour bus driver, who escaped unhurt, waited for the police at the scene of the accident. He reportedly told the police that he lost control of the bus when it arrived at a curve which was slippery due to rainfall.

The bus then smashed into a kilometre marker and then into roadside bushes before it overturned, said the driver, adding that he did not accelerate the speed nor was there any car trying to overtake his bus which might cause the accident.