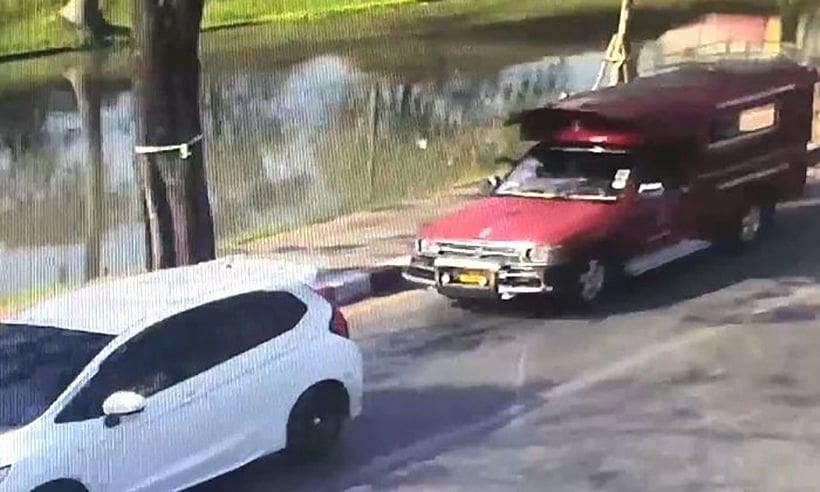 The head of the infamous Chiang Mai red song thaews says he has spoken with a driver after the man wielded a sword out of his window at another driver who he claimed had tooted his horn.

But that’s it. Nothing more.

CCTV on the Maneenopparat Road shows the incident as the song thaew driver tailgates the white Honda Jazz, waving the sword out of his driver-side window .

The hatchback driver had earlier posted about the incident on Monday. He says that the song thaew had cut in front of him and he had sounded his horn. He was then chased around the city moat.

Bunniam Buntha, head of the local song thaew association, says he spoke to the driver who admitted that he was angry and waved the long knife out the window. He says he was warned the driver that there may be more questioning with a view to possible punishment.

At this stage no police action has been taken.