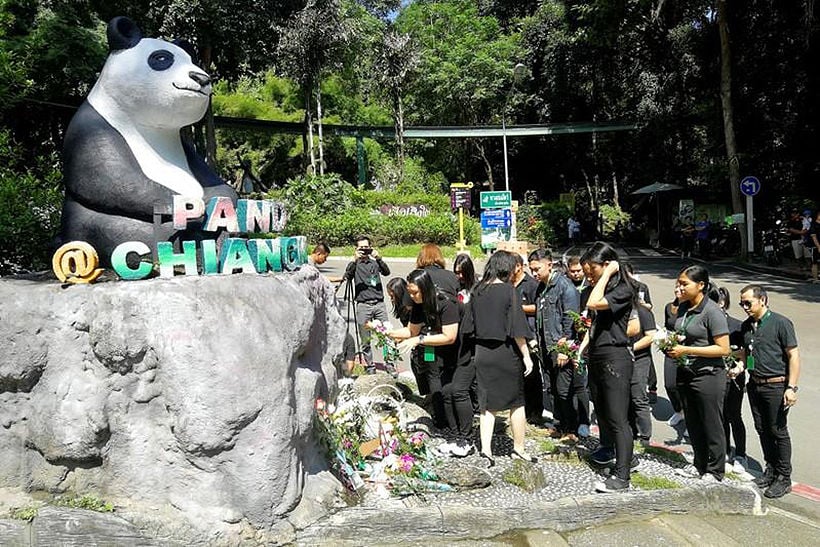 Chinese experts have now arrived in Chiang Mai to investigate the death of a beloved giant panda Chuang Chuang, who died at the Chiang Mai Zoo earlier this week at the age of 19.

Millions of Chinese netizens are questioning the cause of the panda’s sudden demise.

A resident of Chiang Mai Zoo since October 2003, Chuang Chuang died Monday aged 19 after years of living in a climatised enclosure with female panda Lin Hui.

The pair were on loan from the southwestern Chinese city of Chengdu as part of Beijing’s so-called “panda diplomacy” and were supposed to be returned in four years time.

Pandas can live up to 30 years in captivity and Chuang Chuang’s sudden death is raising questions about his care.

China “urgently dispatched panda experts” to investigate the cause of death, according to a statement released by Chiang Mai Zoo, and a Chinese-Thai “joint working team” will perform an autopsy.

Thailand has long obsessed over Chuang Chuang and Lin Hui, as the notoriously sex-shy pair had struggled to conceive and were shown video clips of successful panda couplings in an attempt to stir their libidos.

The news has struck a chord among Chinese internet users, as trending discussions on the “suspicious circumstances” of Chuang Chuang’s demise drew more than 260 million views on social media platform Weibo.

Users criticised the zoo for giving him mature bamboo – usually harder and used to make furniture – as food, though it remained unclear if photos shared were actually of Chuang Chuang.

“Bamboo?? Sure these aren’t wooden sticks?”

Others expressed concerns for his female counterpart, using a hashtag “We want Panda Lin Hui to come home”.

“The countries that rent giant pandas can keep them if they raise them well, or else they should send them back,” said Ningbo Ni Shao, a local media outlet.

The Chinese consulate in Chiang Mai, a city in northern Thailand, released photos on their website Wednesday of Chinese and Thai officials mourning Chuang Chuang, placing flowers by a framed photo near the zoo’s entrance. 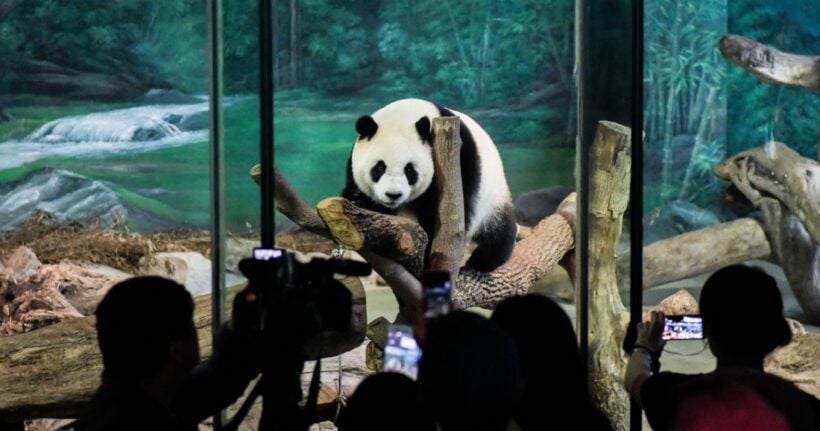