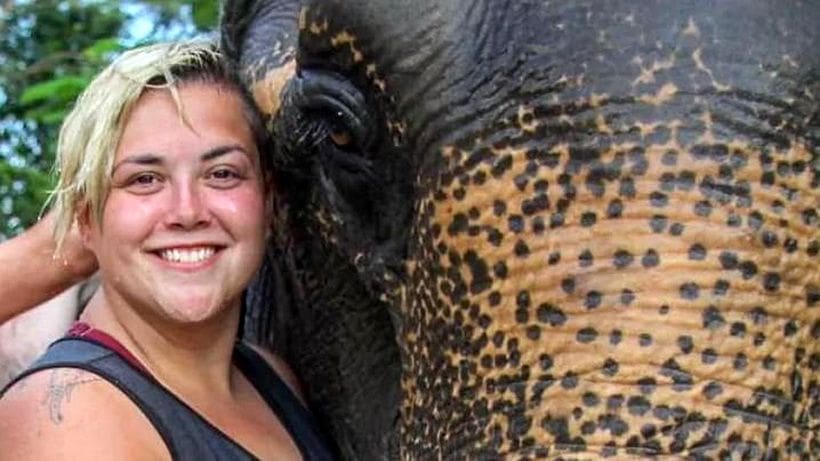 23 year old Canadian tourist Brittney Schneider has returned home after being charged with vandalism for spray painting graffiti on an ancient wall in Chiang Mai.

‘I’m super happy and was super thrilled to see my family. I thought I’d never see them again.’

The young woman who faced threats of a decade in prison for vandalising the wall in the northern city has returned home and says she is eager to move on from the ordeal.

Brittney Schneider was vacationing in Thailand in October when she was charged with vandalism for her role in spray-painting Tha Pae Gate, the main entrance to the old town of Chiang Mai.

Furlong Lee, a friend from Liverpool in the U.K., was also charged in relation to the incident.

The pair faced a fine of about 1 million baht and up to 10 years in prison. They were initially given a two-year prison sentence, but a judge ultimately fined them of 100,000 baht each and a one-year suspended sentence.

Schneider says she is now focusing on dealing with the stress of the experience and will see a counsellor. After incurring huge expenses and legal fees, she wants to go back to work and resume a normal life.

She says she is still facing threats.

“People have threatened that they’re going to cane me and burn my car and stuff like that,” she said. “I went for dinner last night and I had someone come up and record me and tell me spray paint’s on sale.”

Schneider says Lee, who was detained with her in Thailand, remains in custody in the country. Her family paid extra to have her case expedited, she said, but Lee was not able to do the same.