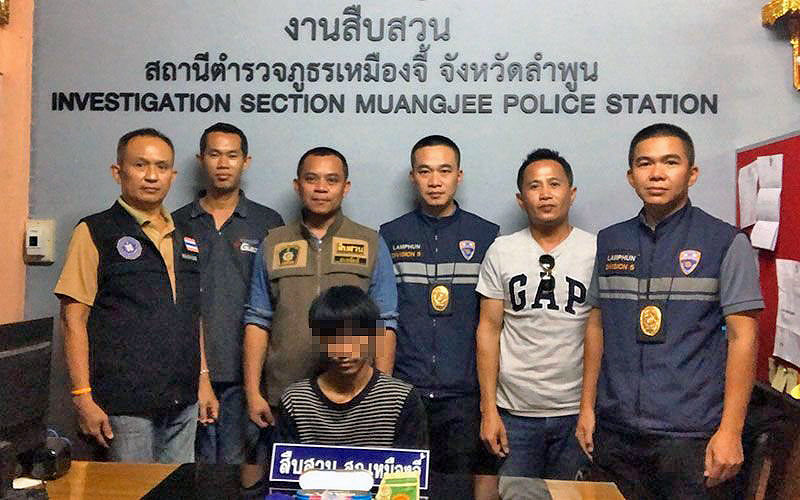 Naew Na reports that a joint operation between Lamphun immigration and the Muangjee police has resulted in the arrest of a 27 year old Burmese man. Lamphun is just south of Chiang Mai and has a large population of Burmese migrant workers.

‘Thun’ was arrested yesterday along with drug taking equipment and 206 methamphetamine tablets. He was charged with possession of an illicit drug with intent to sell, and using the drug.

He has now been handed over to the Muang Lamphun police for processing and probably deportation.