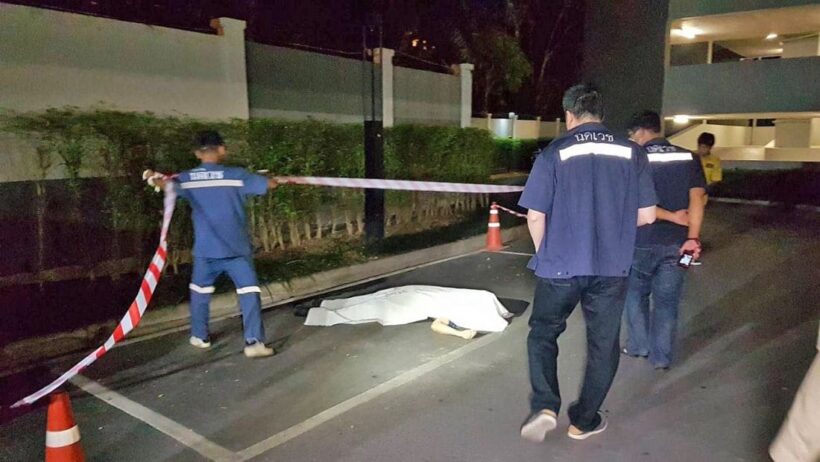 An American man has fallen to his death from the balcony of his room on the tenth floor of a condo building in Chiang Mai’s main city district early this morning (Monday).

The Muang Chiang Mai police station says they were alerted at 1.50 am to the death of 60 year old Ruben Ponce at the Astra Condominium on Chang Klan Road.

Pol Lt Pirapat Chaisomsri says the man has been living in the condominium for almost two years.

Security officers saw the American going out to shop at a nearby convenience store early Sunday night. Police checked footage from security cameras and saw the man standing on his balcony before falling.

Police have yet to conclude whether the fall was an accident or suicide. No note was left behind.

The body was sent for an autopsy at Chiang Mai Hospital.