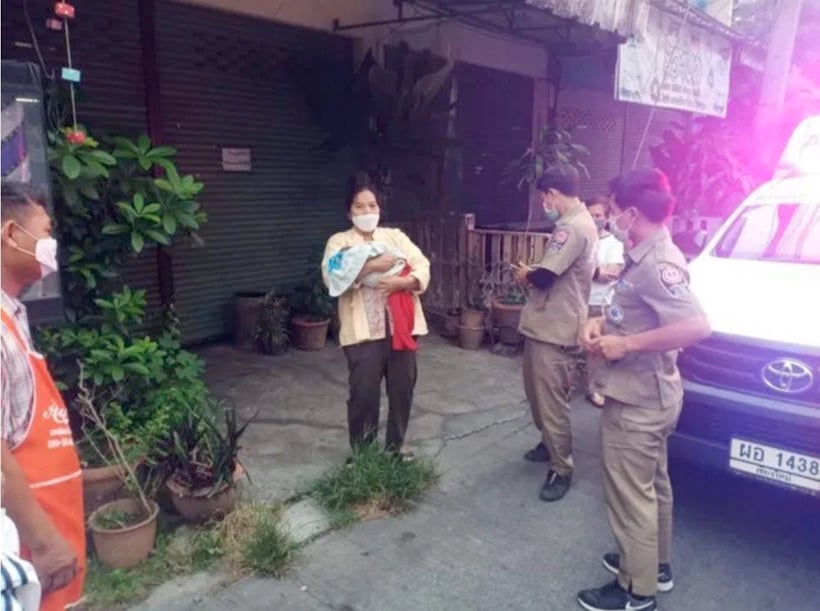 An infant girl was found abandoned outside a grilled pork stand in Chiang Mai Province in Thailand’s north early yesterday. The baby was found by a “drunken man” at 6:30am. Abandoned children are a common problem in Thailand. Unwanted pregnancies, pregnancy out of wedlock, family problems and other issues can cause young mothers to cast aside their babies.

The infant was wrapped in a red towel, and was quickly taken to Maharaj Nakorn Chiang Mai Hospital. Hospital staff told reporters the baby girl was found to be in good health.

Officers from the local police station said there were no witnesses to the baby girl being abandoned. Police are checking CCTV camera footage from the area in an attempt to identify the child’s mother.