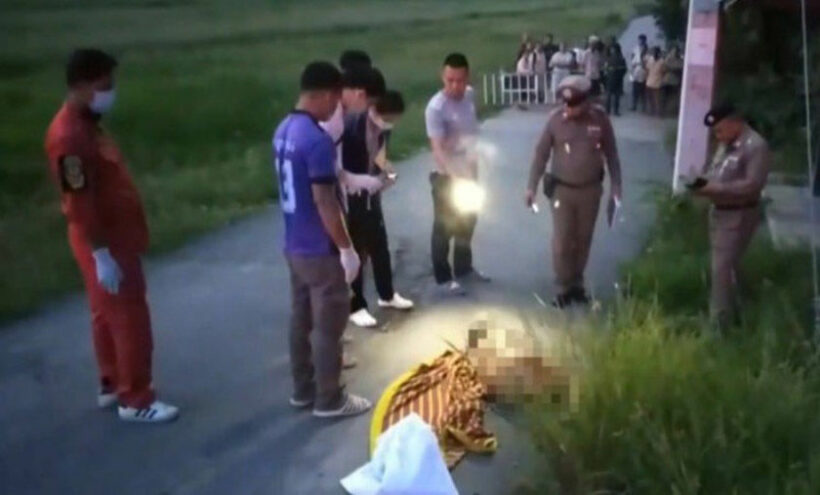 Police in the central province of Lopburi have apprehended a woman they suspect is responsible for murdering her disabled father. The arrest comes after the 63 year old man’s body was found by the side of the road, not far from his home. Officers believe his daughter had help from a friend and speculated that substance abuse may have led to the man’s murder.

A report in Nation Thailand says the man’s body was found in the sub-district of Sabot, about 700 metres from his home. Officers say the victim’s skull, ribs, and shoulders had all sustained severe injuries, and that he was dead around 5 or 6 hours before his body was found.

At the man’s home, police discovered blood stains on the ground and freshly-washed laundry that still had visible blood stains. The man’s daughter claims she knows nothing about the murder but, following a police interrogation, officers say they have reason to believe she killed her father with the assistance of someone else. Police are continuing their efforts to identify the accomplice.