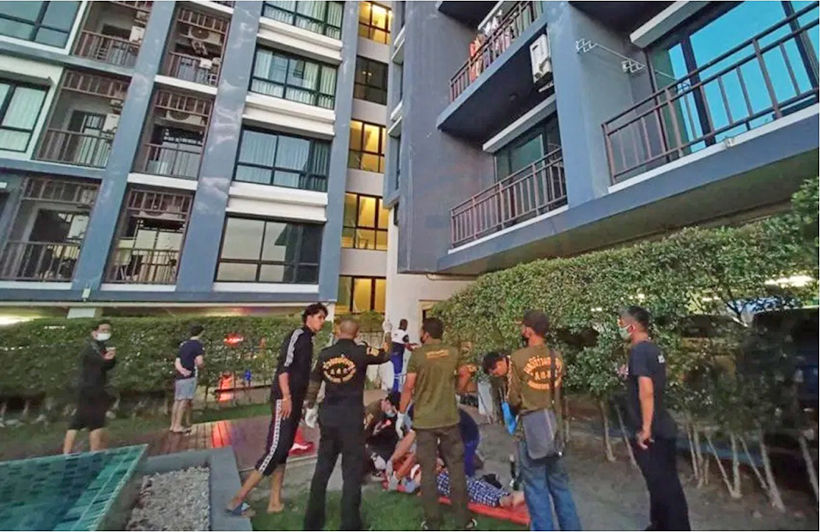 A 23 year old student at a prominent private university in the province of Samut Prakhan, just south of Bangkok, is in critical but stable condition after jumping from the fifth floor of her dormitory in an apparent failed suicide attempt. The student is now in recovering from her serious injuries in hospital.

Police were informed of the incident at about 6pm yesterday. Officers and rescue volunteers rushed to the dormitory in Soi Bang Na-Garden in the province’s Bang Bo district to investigate. They arrived to find the  student lying on the ground with multiple injuries. She was rushed to Ruamchai Pracharug Hospital for treatment and later declared out of danger.

Her roommate told police that while she was in the bathroom she heard people screaming that someone had fallen to the ground. When she left the bathroom she couldn’t find her friend in the room. She then looked over the balcony and saw her friend lying below.

The roommate told police that the girl had previously complained of personal problems, but that she did her best to console her. Police are looking for surveillance cameras to establish the conditions and cause of the incident. Police say they are waiting until the girl’s condition improves before interviewing her. 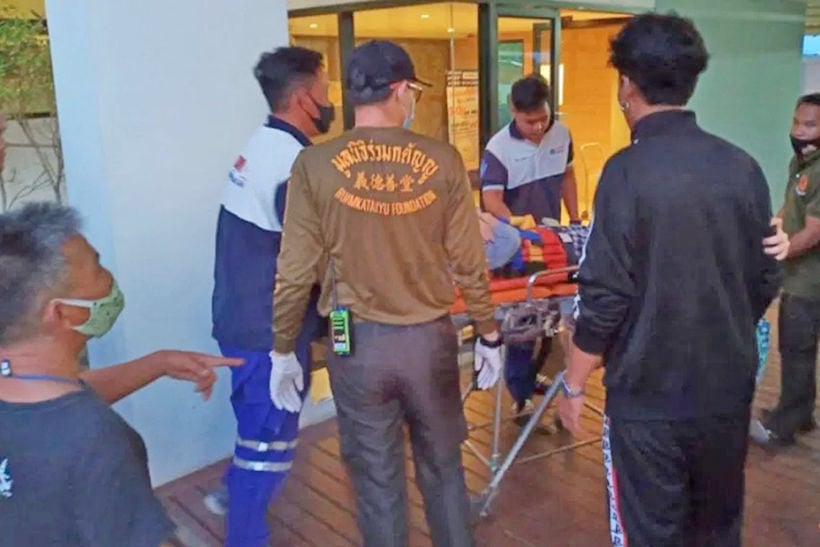 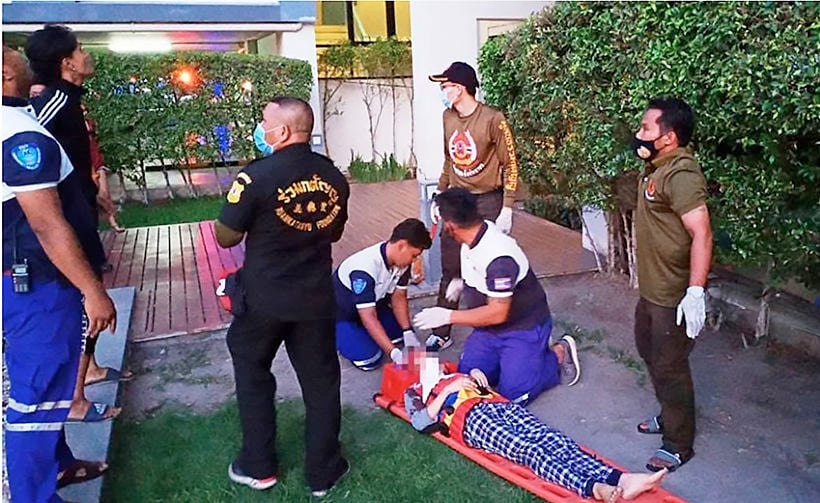