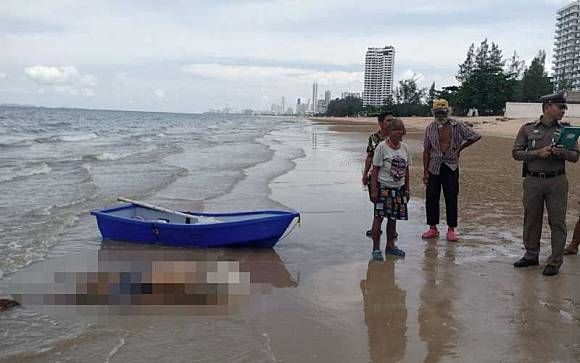 A 25 year old man was found dead at Na Jomtien beach in Chon Buri yesterday. Police say they believe the man drowned while diving for shells.

Police identified the Thai man as Chaiwat Poeprasert. His mother told police her son went out to sea on his boat to look for shells. She noticed Chaiwat had been gone for a while and saw his fiber boat floating in the water.

A fisherman helped by pulling the boat back to shore. Chaiwat’s body was found with the boat’s rope tied around his hand. Police say they believe Chaiwat drowned while searching for shells. They suspect he either got caught in the rope or dived too deep, losing his sense of direction in the murky water.

The man’s body was taken to a local hospital where medical examiners will determine the cause of death. Police are still investigating, but they do not suspect any foul play

Another school closed after Covid-19 scare