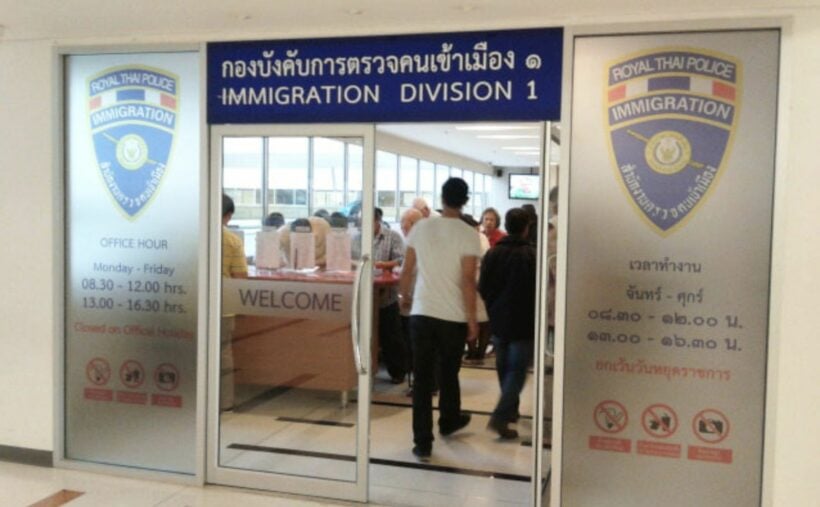 September 26 looms as a dark day for many foreigners who have been unable to sort out a way to either leave the country or stay in Thailand. But at least one Thai immigration office appears to be discussing some leniency in this crazy time.

Phuket Immigration has specifically addressed the issue for foreigners on a non-immigrant B (Business) visa who have been unable to sort out the minimum income requirement for a 1 year permit, to delay filing their annual application pending a “possible” temporary reprieve from Bangkok.

The story, published in The Phuket News, suggests that foreigners who have been legally living and working on Phuket haven’t been earning their usual salaries – either through sackings, new arrangements with employees or a drop in business – as before the outbreak. Immigration officials in Phuket recognised that the expats are now facing challenges to get their usual application for a 1 year permit to stay approved.

This is NOT an official reprieve or extension to the September 26 deadline and any official announcements will have to be made by Immigration officials in Bangkok.

The visa amnesty, now extended twice since it was offered in April, now allows people with visas that have run out during the amnesty period, including tourist visas, the opportunity to stay in Thailand until September 26. There has always been a veiled threat that the amnesty won’t be extended again but, as the travel situation hasn’t improved, there now appears to be some reality setting in and a possibility of ‘tweaking’ the visa situation for some foreigners.

The Immigration Bureau has been urging foreigners to start filing their usual applications ASAP to avoid last minute rushes coming up to the September 26 deadline. But many foreigners have been unable to satisfy the minimum income requirement for a full 1 year permits to stay, leaving only the option of a 90 day extension, or in the worse case scenario, having to leave the country after September 26.

• The minimum income required for foreigners from most western European countries, Australia, Canada, Japan, and the US is 50,000 baht per month.

• Applicants from South Korea, Singapore, Taiwan and Hong Kong, the minimum requirement is 45,000 baht per month.

• The minimum requirement from African countries (other than South Africa), or from Cambodia, Myanmar, Laos and Vietnam, is 25,000 baht per month.

The article notes that many employees on Phuket, foreign and Thai, have had their salaries downgraded, or they’ve been outright sacked, since earlier in the year. Many businesses, particularly along the touristy west coast, remain closed or are struggling along with minimal staff.

Phuket Immigration Office Deputy Chief Udom Thongchin says their applications cannot approve them as the conditions have not been met.

“We understand the situation has affected the income of businesses that hire foreigners. It has affected everyone’s monthly income. The income is not enough for foreigners’ applications. This affects foreigners in Phuket, and in other provinces, but there have been no changes or updates to the regulations concerning extensions to permits-to-stay,” he told The Phuket News.

But he acknowledged that Bangkok immigration officials were “considering the problem and might provide some form of reprieve”. He says that foreigners struggling to meet the minimum income requirement should delay filing their applications.

“Please wait for an announcement after September 15, because Immigration officials in Bangkok are talking about this issue to figure out the problem. I think they will have some solution before September 26, which is the final date to apply for an extension.”

The amnesty for filing 90 day reports for foreigners with current and valid visas expired on August 31. Foreigners who missed the deadline are now in breech of the 90 day reporting rules and will be fined 2,000 baht, according to immigration officials.

(The Thaiger would recommend that if you fall into this category you should head to your local immigration office ASAP, accept that you’re late and politely state your case. Hopefully you may end up speaking to the right official on the right day… nudge, nudge, wink, wink.)