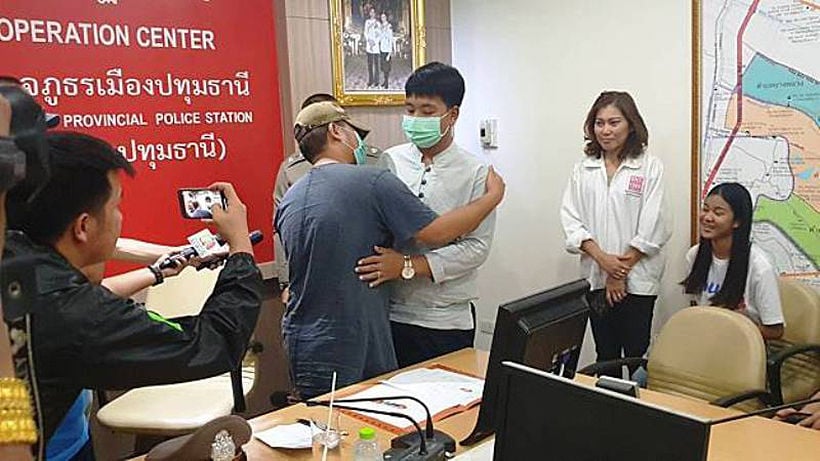 “A survey by the Mental Health Department has shown that about 40% of Thai students are bullied at school, making Thailand number two in the world for the problem after Japan.”

Police in central Thailand are contemplating an attempted murder charge against a 19 year old Mathayom 6 (high school senior) student. The young man stabbed a classmate in the neck with a piece of glass at their school last Friday. The student has confessed to the crime and could be charged with attempted murder, according to police.

The youth was accompanied by relatives to the police station on Monday this week as his parents work overseas. He admitted to the charge of assault.

The student confessed to attacking his fellow student in a fit of rage, saying he lashed out after the victim and his friends provoked him. He asked for the victim’s forgiveness before hugging him to show he had repented, according to The Bangkok Post.

The relatives told police the youth has struggled with anger management issues and had been on medication for many years, but stopped taking it last year when he appeared to be improving. The name of the medication was not mentioned in the report. The relatives told police they noticed recently that his anger problems were returning and made an appointment with a doctor.

Although the victim has declined to pursue legal action at this stage, police will continue conduct a criminal investigation and prosecute charges if they can accumulate evidence of intent. A spokesman says they’re investigating whether the student intended to kill the victim, and whether to charge him with attempted murder.

“Bullying is the beginning of the cultivation of violent behaviour, both those who bully others and those who were bullied. It will also have an effect in the long run.”

A survey by the Mental Health Department has shown that about 40% of Thai students are bullied at school, making Thailand number two in the world for the problem after Japan. A study in 2010 found 33% of students admitted they bullied others online in social media. Another 43% said they were bullied by others.

One billion baht in assets seized during Phitsanulok drug bust