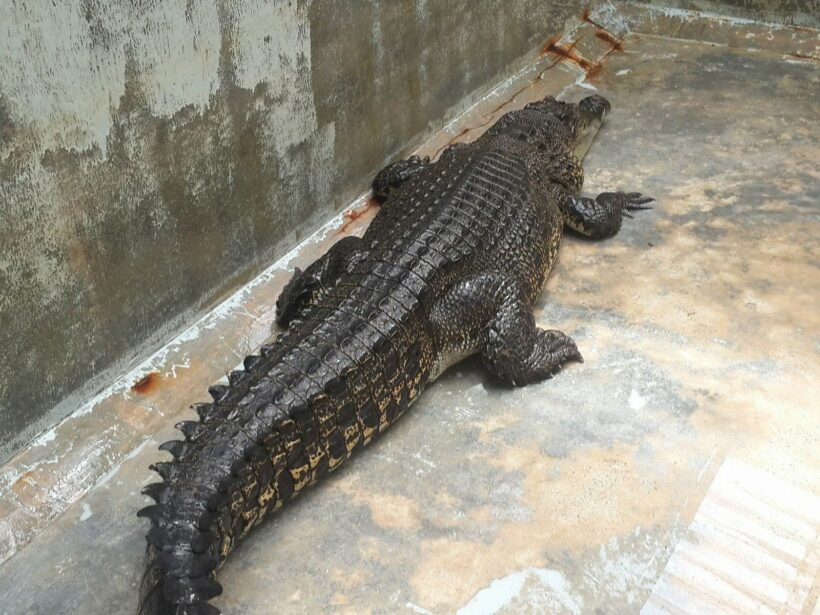 Fisheries officers are investigating whether the captured crocodile comes from nature or was owned by an individual.

After catching the crocodile spotted at Bangtao Beach on August 25 and which came from a tin mine lake near Laypang Beach, Phuket’s Governor visited the crocodile at the rehabilitation pond in Thalang. The 200-kilogram reptile still hasn’t eaten any food provided by fisheries officers.

“Phuket Fisheries Office has filed a case to the office in Bangkok to check where this crocodile should go as many factors have to be taken into consideration, including food, safety and natural surroundings,” said the Governor.

“When I visited the crocodile, it was still tired and stressed. It is probably because the area it used to swim in was a large space and now it’s captured in a pond.”

A specialist from the Fisheries Office in Bangkok will visit the centre in a few days to check on the crocodile’s health. When the crocodile is ready the General Director of Fisheries Department is the only one who can approve its transfer to the selected environment.

“Fisheries Officers are also investigating about where this crocodile might have come from. It could have been owned by an individual or come from nature. I’ve also asked local authorities to monitor the area around where they spotted the crocodile,” the Governor added.