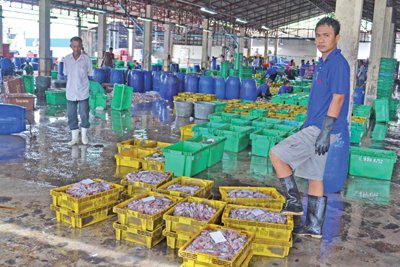 PHUKET: The Cabinet has approved the postponement until April 1 of the controversial 300 baht daily minimum wage hike in Phuket, Bangkok, and five other provinces.

The decision to postpone from the initial target of January 1 was made in light of the recent flooding, which has dealt a body blow to the manufacturing sector in much of the country.

With an expected recovery period of three to six months, the delay will help minimize the burden on flood-affected businesses, the cabinet was told.

With the exception of Phuket, all of the pilot provinces have been heavily affected by the floods.

The wage rise in Phuket, which currently has the highest daily minimum wage nationwide at 221 baht, represents an increase of 35.7 per cent.

For Bangkok and its five neighboring provinces, all with a minimum wage of 215 baht per day, the increase will equate to a 39.5 per cent increase.

As for the remaining 70 provinces, the increase rate of 39.5 per cent would be applied in 2012, the cabinet confirmed.

Based on this rate, the minimum wage will vary across the country. For example the rate in Chonburi would be 274 baht, 270 baht in Chachoengsao and Saraburi, 266 baht in Ayutthaya, 257 baht in Krabi, 256 baht in Nakhon Ratchasima and Prachin Buri, and 254 baht in Lop Buri.

A universal increase to 300 baht, as promised by the Pheu Thai Party as a pillar of its successful election campaign platform, would be applied across the board starting on January 1, 2013.

According to the conditions discussed in the cabinet meeting, all provinces will have an equal daily minimum wage of 300 baht throughout 2014 and 2015.

However, the committee on minimum wages would have the ability to reconsider wage rates during the final two years.