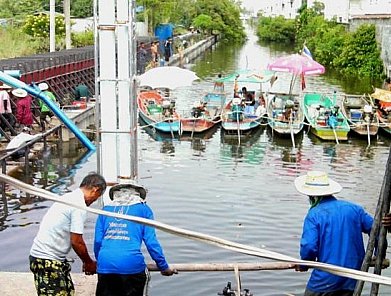 “More Korean company owners are looking at moving their operations to Phuket because of the floods in Bangkok. Phuket is considered much safer,” he said.

“Many Korean businesses will join Thai operators to form partnerships,” he added.

Mr Tossaporn said that the number of Korean families moving to Phuket to live and work was continually increasing.

“They have to find schools for their children, among other things,” he noted.

“So I would like government officers to work with private organizations to help make Phuket more convenient and safer for these new arrivals,” he said.

“And other three Korean airlines will also launch direct flights from Korea [to Phuket] at about the beginning of next year,” he added.

Wage hikes postponed for Phuket and others