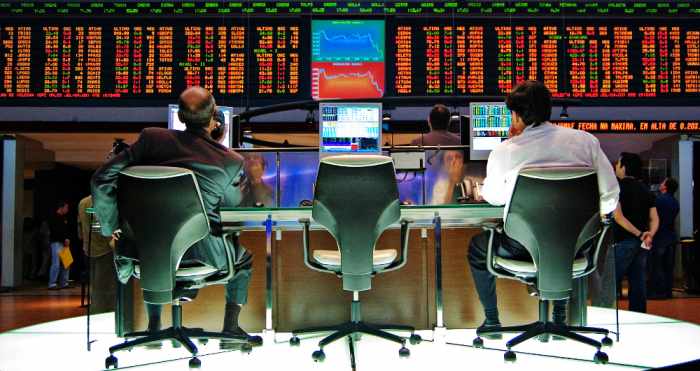 PHUKET: For those of us from the United States and Western Europe, it is hard to imagine a military coup occurring in our home countries. Matter of fact, I get calls from nervous friends and relatives asking if I’m okay and if there are tanks in the street. Well, for those of us that have lived here for quite some time, we have become like ordinary Thais and view the coup as a non-event. Here in Thailand, coups are part of the ordinary course of business every few years.

What I tell the folks back home is to imagine a general who put the republican and democratic leaders in a room and said “stop this bickering and work together”, and that’s what the general did. When they failed to come up with a deal, he just said “both of you are useless and I’m taking over.”

I view this as a bullish event for the long-term because it provides some stability to the country, which it so desperately needs. In fact, if you have noticed, it’s business as usual. Factories are still humming and goods are being shipped in and out of the country. Thailand, in part due to its location, remains the industrial heart of Southeast Asia.

Both Thai exporters and we expats, with savings and assets abroad, are benefiting from the weak baht. A weak currency is good for tourists as they can buy more with their home currency and it also makes Thai exports more competitive in the global market. In other words, it’s cheaper to buy Thai goods abroad.

This, in turn, has helped the Thai stock market. Here, you can see the long-term picture of how well the market has performed.

The Electronically Traded Fund (ETF) that tracks the Thai Stock Market is iShares MSCI Thailand (THD). Shares have rallied since the lows seen in 2008 of around US$20, to almost $100 last summer. This was before Thailand was hit by protests and it fell to around $62. Shares look to have formed a triple bottom (three equal lows) and gone higher.

As I like to say, “what can’t go lower, must go higher.” Furthermore, when a market is hit with bearish news like a military coup and goes higher, that is one of the hallmarks of a bull market. As a matter of fact, since Thailand has a history of coups, the Thai Stock Market has typically risen 3 per cent in the first month after a coup.

Shares dropped initially when the coup was announced, but have since recovered. Furthermore, shares are about 25% off their highs seen last summer. Compare this to the S&P 500 SPDR (SPY), which is making new all-time highs.

Digging deeper, I see the top 10 holdings of the THD comprise the leading companies in Thailand and account for half of THD’s assets. They include Siam Commercial Bank, PTT, AIS, Kasikorn Bank, PTT Exploration, CP Group, Siam Cement, PTT Global Chemicals and Bangkok Bank. These companies form the backbone of the Thai economy and are unlikely to be affected from the drop in tourism numbers. The companies in the THD rely more on domestic demand and their growth story is still intact.

My long-term outlook for Thailand remains intact. As an expat who has been coming to Thailand for many years, I know where Thailand was, where it is and I have a pretty good idea of where it’s heading. Even the World Bank agrees with me. In their assessment of Thailand, they say,

“Thailand became an upper-middle income economy in 2011. Notwithstanding political uncertainty and volatility, Thailand has made great progress in social and economic issues. As such, Thailand is one of the great development success stories, with sustained strong growth and impressive poverty reduction.”

I couldn’t have said it better myself. For those of you interested in more of my writings, give me a call to get a copy of Don Freeman’s Expat Financial Guide. I’m also available to discuss the THD and various other investment options for your portfolio to help build a more secure future.

Don Freeman is president of Freeman Capital Management, a Registered Investment Advisor with the US Securities Exchange Commission (SEC), based in Phuket, Thailand. He has over 15 years experience and provides personal financial planning and wealth management to expatriates. Specializing in UK and US pension transfers. Call 089-970 5795 or email: freemancapital@gmail.com.