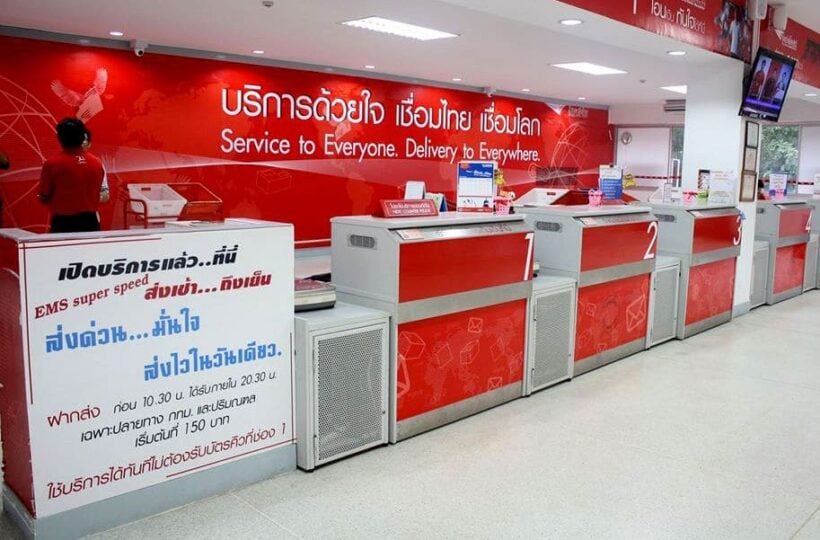 Twenty years ago postal services were thought to he going out of fashion as email and social media began to replace people sending letters in the post. But that’s all changed now as online retail services are making the world’s postal services busier than ever. Including Thailand Post.

If you’re wishing to avoid problems with Thailand Post and would like to know what you should’t be putting in the mail, this story is for you. At the top of Thailand Post’s warnings, senders are advised not to lend their ID cards (or passports) to strangers to mail their packages.

Thailand Post have issued the guidelines after police found that drug traffickers are increasingly resorting to postal services to send narcotics to their customers, after several major drug shipments, being transported in vehicles, were intercepted by police.

Senders are required to show their ID cards (or passports), and CCTV systems have been installed in all post offices. There are also X-ray scanners to look for explosives and flammable materials as part of the increased security measures.

(We would add Durian but that’s still legal!)