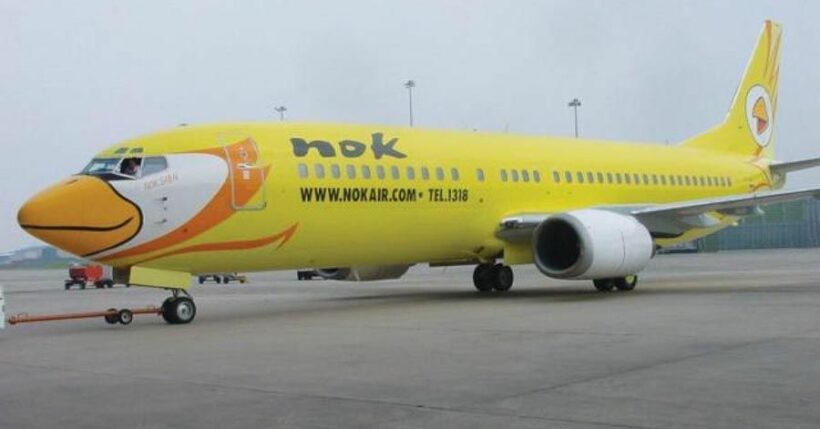 Director Kasemsant Weerakun says the carrier has suffered as a result of having its aircraft grounded for months.

“Even though Nok Air can reduce accumulative losses, the airline has suffered from the outbreak, which has grounded our fleet for months. The court has the jurisdiction to rehabilitate the company’s business. This the only path for us.”

The rehabilitation plan, which is expected to be ready in January, will require a re-negotiation of aircraft leasing and maintenance contracts, which currently make up around 40% of the carrier’s total costs. While the rehab process is underway, Nok Air has been given a stay on payments and is holding talks with leasing companies, who it’s believed have agreed to more flexible conditions, such as accepting payments based on the hours an aircraft has been in operation.

Kasemsant says the low-cost carrier will also need to re-evaluate its route plan and look at introducing additional routes, both domestically and internationally. A new route between Chiang Mai and Mae Hong Song is believed to be on the cards, as well as new connections to some Asean nations and the Middle-East. The airline is also planning to work with car rental companies and other potential partners so it can offer extra services to passengers.

Nok Air is hopeful that passenger numbers will pick up in the final 2 months of the year, potentially growing the average load factor to 70–80%, a 10% increase on the current average. During the same period last year, the load factor was around 85%. The airline has now resumed its schedule of domestic flights, connecting a total of 24 destinations, although the frequency of flights is 70% of what it was prior to Covid-19.

Nok Air currently employs 1,500 staff, with Kasemsant saying a restructure of the business is vital to its survival. He doesn’t rule out hiring more employees in the future, depending on the carrier’s plans.

Keep in contact with The Thaiger by following our Facebook page.
Never miss out on future posts by following The Thaiger.
News Categories:BusinessThailand
Related Topics:air travelaviationbusinesscovid-19Nok AirThailandtourism
1 Comment

While the Covid pandemic has hit Thailand’s businesses hard, it has also washed away its not-so-legal soapy massage parlours after tourism has dried up its clientele. Such places, known as glorified brothels, have left many masseuses out of work as boards have barricaded the once booming establishments.

Soapy Massage (àap-òp-nûat, อาบอบนวด, literally bath, steam, massage)…
These are the bigger massage parlours where girls are presented in the fishbowl and you get the full program (including sex) for a fixed price, depending on the girl starting from 1,500 and up to 5,000 Baht.

Only a few of the soapy services have survived the pandemic in Pattaya, with Honey Massage Parlour being one of them, according to The Pattaya Mail. After adjusting to the new requirements for social distancing, the business has re-opened on November 19. However, its largest shop has closed, once known as Honey 1 on Soi Honey, or Soi 11, the windows are dark and barricaded. Honey Inn is also up for sale.

25 year old masseuse Maywadee, says she used to work in such parlours where she would get a cut of the 1,500 to 2,500 baht fee. She says she used to see up to 7 clients a day, but now that number has been cut in half as Chinese and Japanese tourists, who were her largest group of customers have dwindled. Now, she is thinking about heading back to her home city of Chiang Mai, to sell handicrafts, as her Pattaya income has dried up.

Such parlours feature masseuses that are usually not native to the area, as many come from lower socio-economic areas such as Thailands northeastern provinces, otherwise known as Isaan. Many make the trip to tourist-driven cities like Pattaya, Koh Samui, Bangkok and others, in an attempt to make a higher salary than they would if they were back in Isaan.

The Bank of Thailand has moved forward measures, originally meant to begin early 2021, but most of which will now take effect from end of this month. The end result is that the new rules will make it easier for Thais to shuffle money overseas and invest in foreign assets. It will also make is easier for Thai citizens to hold foreign currency in local banks. The new rules will also require the registration of local and overseas bond investors.

“Following the U.S. elections and positive news on Covid-19 vaccine development, investors have turned toward investing in emerging markets, including Thailand. The situation has resulted in strengthening the baht quickly and can impact economic recovery.”

“The registration of bond investors will allow close monitoring of investor’s behaviours and thereby enable the implementation of targeted measures in a timely manner.”

Khoon Goh, head of Asia research at ANZ Banking Group, says that he central bank also will continue to resort to direct intervention in foreign-exchange markets.

“The issue here is that local investors have a very strong home bias. Making it easier to invest overseas may not actually encourage them to do so.”

The Thai baht has been the 2nd best performer in Asia this month after foreign investors turned net buyers of almost $2.4 billion of bonds and stocks as appetite returns for riskier emerging-market assets amid a weak dollar, according to Bloomberg.

The Thai baht had recently rallied 8.8% from this year’s low in April, hitting a 10 month high last week.