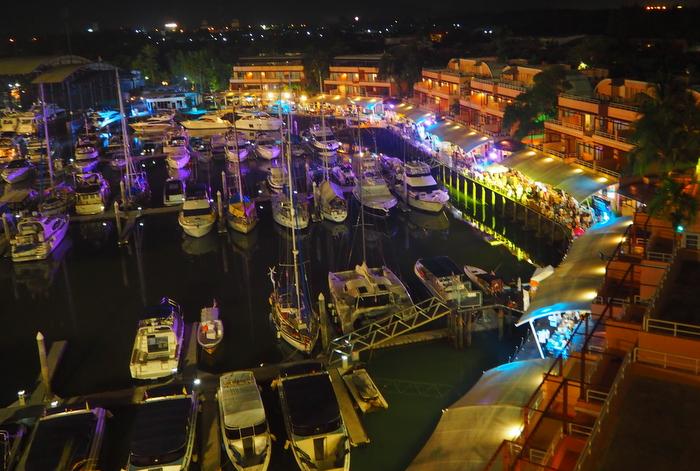 PHUKET: Building on its success last year, the Boat Lagoon Lighthouse Market is preparing to launch a redesigned layout at its venue as it continue to provide island exposure for local vendors and big-name luxury goods dealers.

“We want to create an outdoor theater concept. Something similar to ‘theater in the park’ or ‘cinema in the park’, which are both very popular community builders in the United States and elsewhere,” explained Kanittha Prasopsirikul, from ‘By Kanittha’, the company behind the market.

The redesign of the layout will have an impact on the experience, as there will also be more seating areas for visitors to eat, lounge and listen to live music.

In order to make the extra space, the number of shops will be limited to 60. However, Ms Kanittha points out that a larger space will be provided for the vendors to prepare their dishes or ply their goods.

During the four occasions that the Lighthouse Market ran from January to May last year, the number of vendors and sponsors on site steadily increased from 65 to 88, with the average being about 76.

The first event saw the Phuket community march in with a head count of 1,437 people, excluding vendors, joining the event. The numbers dwindled slightly in February, but spiked when a total of 1,676 people joined the extended three-day event in May. On average, about 1,312 people joined the market each time, matching the standard daily traffic in the Boat Lagoon, which fluctuates between 1,000 and 1,500 visitors.

Though the market will hold on to its original concept of combining the wonders of traditional Thai markets with the class and quality of Boat Lagoon, it will slightly shift gears in 2016 to focus more on the concept of creating a ‘chilled out, social’ destination for Thais, tourists and expats, Ms Kanittha said.

“We will be more selective about which vendors we bring on board to ensure that we create a truly unparalleled atmosphere, where quality products and activities are delivered into the hands of the Phuket community,” she says. “We want our visitors to have a wonderfully unique experience, as live music and light shows create the perfect ambiance.”

The Lighthouse Market will return on January 29 and is scheduled to run every month until April 9, when the ‘green season’, also touted as the ‘cruising season’, is ushered in with the southwest monsoon.

Finance: Are we in for a rough ride this year?