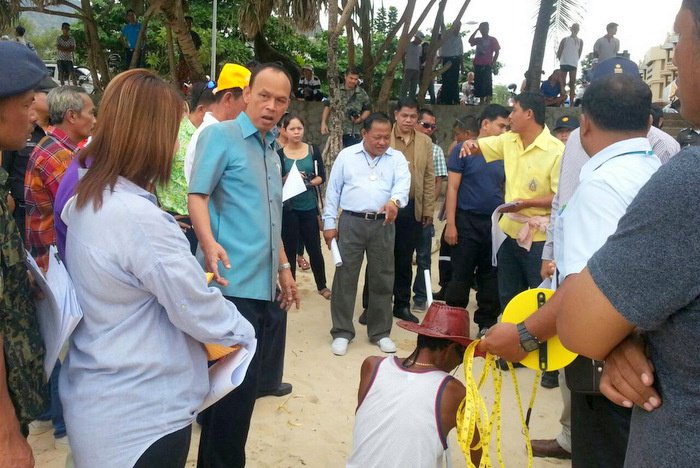 PHUKET: The erroneous ‘No Summer Dream’ fliers, warning tourists and locals not to bring sun loungers to the beach, is the latest blow for authorities attempting to restore a semblance of order to the island’s tourism industry. One that has left hotel and resort owners, as well as their general managers, scrambling for a response and explanation to give to the world.

However, even when corporate responses are well coordinated, the impact becomes negligible when faced with the bombardment of messages from local and international media. The insignificance of the explanations is compounded when hotel and resort leaders fail to have a single message and a single voice: enter the Phuket Hotel Association (PHA).

On February 16, about 40 GMs or their representatives from many of the island’s most prominent branded and non-branded resorts and hotels met as the groundwork for the PHA, a registered nonprofit organization, was laid out.

“This is the beginning of a forum that gives hoteliers and their owners a platform to discuss issues that are commonly shared, including education, marketing and ‘Brand Phuket’, as well as the industry’s response to crises or negative press and so on,” said PHA Executive Director Anthony Lark.

The core objective of PHA, based on the successful Bali Hotel Association, is to be the leading private sector initiative in marketing tourism in Phuket and to promote the island as the leading destination resort in Asia and one of the finest in the world, it was explained during the meeting.

“It is time for Phuket to communicate to the world that, although we share the same core values with the rest of Thailand – good value, warmth, generosity of Thai culture – Phuket is a large entity in its own right and has a voice that deserves to be heard,” explained Managing Director of C9 Hotelworks Bill Barnett.

“The PHA aims to be a significant force within Asia so it can effectively deliver the ‘Brand Phuket’ message to an international audience, and work as a forum between tourism and government on issues relating to the island’s most important industry.”

The PHA will launch on March 1 with an expected 25-30 hotels’ business heads joining that month, said Mr Barnett.

“We have critical mass, we expect to come out with 25-30 hotels by March. The initiative this year really is to address the critical components, a major one of which right now is how do you voice to customers what’s happening on the beaches,” he said.

“We are in market free fall right now. Bali dropped by 14% year-on-year for January trading. Markets are struggling to figure out how to replace those clients, so it’s a business issue as well.”

Unlike many other island tourist destinations in Thailand, arrivals at Phuket International Airport showed a quick recovery from the market contraction with the declaration of martial law last year. Though arrivals show a 2% international and 5% domestic growth year-on-year, market-wide occupancy in 2014 fell by 6%, according to a C9 Hotelworks report.

The decrease in demand led to average room rates dropping slightly from US$147 in 2013 to US$146 in 2014, as the baht depreciated six per cent against the US dollar.

To combat the decline in occupancy, as well as the 4,727 new rooms expected to enter the Phuket market by 2018, the PHA will be working with branding specialist Quo’s CEO David Keen.

“The damage we get from the media with the reports and comments talking about Phuket is [that the island is] ridiculous, stupid, nothing works, everything else – it’s just nonsense,” said Mr Barnett.

“We are trying to re-install pride back into it and positive messaging – not fluff – to pass on information about the beaches in a realistic way, so that people know what’s going on. Right now hotel managers have to go online and blog about an issue, otherwise there is no way for them to voice their concerns. We are trying to give them a venue for that.”

The lack of a platform has consistently been a problem, Mr Lark said. “For instance, there wasn’t a unified body to discuss issues, so hotel GMs were just emailing each other independently, asking, ‘What are you doing?’

“[Now] we can form a common position in response to any crisis… The PHA is therefore a unified body, representative of the views of our Thai owners, GMs and the larger chains, all of whom have a stake in seeing Phuket’s brand communicated in a positive way,” Mr Lark said.

“We want to work closely with the Tourism Authority of Thailand in promoting the positive news and incredible experiences of our island. What we are saying is that at the level of private enterprise, a lot of the Thai owners of hotels on this island would like to see a more unified approach to issues, and we are better off speaking with one voice.”

Membership fees for the PHA will range from 25,000 baht to 40,000 baht and be used for operational costs, and eventually to create a scholarship to send local students to top-flight hotel schools outside of Thailand.

The PHA is also embracing the efforts of the Trisara Academy, which aims to improve the skill sets of Thais working in the hospitality industry.