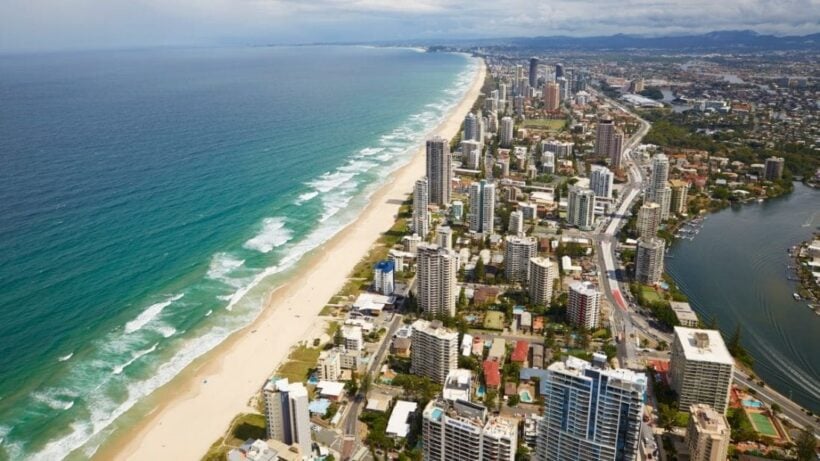 Australia’s Gold Coast city and Phuket will sign a letter of intent to establish themselves as sister cities tomorrow (September 10).

The intent of the agreement is to explore a stronger relationship between the two municipalities and create international business opportunities.

Gold Coast Mayor Tom Tate will travel to Phuket to sign the agreement with his Phuket counterparts.

The mayor is half Thai, originally from Saraburi, and emigrated to Australia at a very young age. He said that Gold Coast and Phuket share similarities in economic success, year-round sunshine and a cosmopolitan lifestyle.

“I want this sister city partnership to work, because I know that Gold Coast and Phuket are a good match. The two cities share a significant beach culture and we could possibly exchange knowledge on lifeguard procedures and training. We will see what Phuket authorities and other business operators will be interested in, this is the first stage,” said the mayor.

He said Phuket has the potential to become a mid-way destination for European travellers to spend a few weeks before flying on to Gold Coast.

He says that for an interim period of one year, the Gold Coast government will send officials to Phuket to explore areas where they can exchange work ideas and knowledge.

“For instance, if Phuket is looking at developing a better waste management policy, or green energy utilisation, we will see how both parties can work together on the initial high-level studies,” he said. Gold Coast is a multicultural city and a hub for Australia’s tourism with its geography and economy similar to  Phuket.

For Gold Coast, international partnerships of this type are a source of economic growth; provide cultural, educational and professional opportunities, and boost international profiles. These relationships open doors to the world and create real outcomes for Gold Coast residents and businesses.

Traditionally, sister city relationships focus on cultural and education exchanges. It is now recognised that these relationships also have the ability to stimulate economic growth, increase tourism and assist in establishing reliable business contacts, which can create long-term benefits to the local communities in both cities.

They also enable communities to exchange ideas, gain an international perspective and increase their understanding of global issues.

Currently, Gold Coast has eight sister cities and one friendship agreement, all of which have helped shape Gold Coast as a city of global significance by fostering successful business and cultural ties. This is through initiatives that include two-way trade missions, hosting inbound delegations, and offering business and student exchanges.

As for the benefit to Phuket, Andrew Park, the Honorary Consul of Thailand for Queensland, Australia, says that the partnership is important at many levels. Apart from generating government-to-government links between the two cities, it also creates direct links at the people-to-people level.

“Prince Songkla University Hospitality and Tourism School in Phuket is well established and well regarded as one of the world best hospitality, hotel management and tourism schools while the Griffith University in the Gold Coast has the same high acclaim globally,” Park said.

“There is a possibility of academic exchanges between the two institutions for the benefit of both,” said Park.

He also said that in terms of the business linkages, the agreement will be a driver for the government of Gold Coast to express an interest in developing stronger partnerships with Phuket at the business level.

“Next year, Mayor Tate will be taking business delegations across to Phuket and I believe Phuket will be doing the same. The marine sector, with the wealthy high-end yachting industry, is something Phuket does very well and I believe that is something Gold Coast can learn and benefit from.”

Park said that he is excited to be part of creating this inaugural relationship between the two cities to set a good example for further relationships between cities in the two countries in the future.

A Mandarin for Phuket