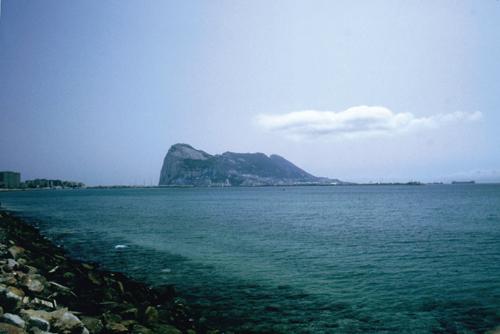 PHUKET: Since the QROPS (Qualifying Recognized Overseas Pensions Scheme) legislation was introduced on April 6 2006, an individual transferring their pension overseas does not have to transfer their funds to the same country or jurisdiction as they are retiring to.

This opened the doors for many pension providers in several jurisdictions, predominantly the channel island of Guernsey, to offer QROPS to UK pension members residing in countries throughout the world.

However, the UK’s HMRC brought about changes in the QROPS legislation (effective from April 6, 2012) that meant Guernsey no longer qualified as a QROPS jurisdiction. This has led to the rise in popularity of other jurisdictions for QROPS – with Gibraltar being one such jurisdiction.

Why Gibraltar?
When establishing whether a UK pension member, retiring abroad, should transfer to a Gibraltar QROPS or not, you should first consider the other alternatives – such as leaving your pension benefits in the UK, or using a QROPS in another jurisdiction (such as Malta, New Zealand or even the Isle of Man).

The main benefits to consider from a pension are income, pension commencement lump sum, death benefits and investments.

QROPS Income
In a UK personal pension, a member retiring (at the minimum age of 55) would receive a pension directly from their fund, based on the UK Government Actuary Department (GAD) rates or purchase an annuity with the fund.

With a QROPS, on the other hand, a pension member who has been outside of the UK for over 5 complete UK tax years (referred to as the Member Payment Provision Period) can receive a pension at a higher level (typically 120% of what is available in the UK), drawn directly from their fund.

Gibraltar, Malta, New Zealand and the Isle of Man all have QROPS that offer this level of income, however, how (and at what rate) the member is taxed on this income is key as to which QROPS jurisdiction to use.

For example, Malta will pay pension payments gross of tax to any member living in a country that has a Double Taxation Agreement (DTA) with Malta.

Gibraltar, on the other hand, has an automatic withholding tax of 2.5% of the income, regardless of where the member resides. However, if a Malta QROPS member is living in a country currently without a DTA with Malta, such as Thailand for example, there is potentially a 35% withholding tax at source from a Malta QROPS.

The Isle of Man imposes an automatic 20% withholding tax on the pension income for their QROPS members living in countries without a DTA with the Isle of Man. This a major advantage for a Gibraltar QROPS.

Lump Sum payments
An additional benefit of a Gibraltar QROPS, over a UK pension, is the ability to draw 30% of the fund’s value as a lump sum upon retirement, after the member payment provision period. This is greater than the 25% lump sum that is payable from a UK pension – which will continue to be the limit no matter how long the UK pension member has lived outside of the UK.

Gibraltar QROPS will also pay death benefits as a 100% lump sum to any beneficiary of the member, upon the member’s death – regardless of whether the member has started to draw benefits or not.

This is in contrast to UK pension legislation, where, upon death of a UK pension member who has commenced pension payments, a 55% UK tax applies on a lump sum when paid to the member’s beneficiaries.

This means, first of all, when transferring from a UK pension to a Gibraltar QROPS, the fund can be retained in pounds sterling, which is important as then the fund would not suffer a potential immediate loss on currency exchange when first transferred.

Gibraltar QROPS may, in some circumstances, allow UK pension members who have already self-invested their pension funds, to move the investment directly from the UK pension to the Gibraltar QROPS without first divesting their funds (this is known as an in-specie transfer).

Furthermore, if a UK pension member is making all of the investment decisions on their pension funds, this can continue in a Gibraltar QROPS.

This is an advantage over Malta QROPS, in particular, where the Maltese local pension legislation does not allow ‘member directed’ investments.

Growth in investments in Gibraltar QROPS can also roll up tax free. Whereas, this is similar to Malta and Isle of Man QROPS, New Zealand QROPS, on the other hand, only allow tax free growth on specific categories of investments and would tax a member on growth, if the investment falls outside of those categories.

In summary, although Gibraltar QROPS does not work for everyone, it is clear that under the right circumstances, Gibraltar QROPS would be the best option for many people around the world. It is important, therefore, that expert advice is taken before deciding on which QROPS jurisdiction to transfer your UK pension funds to.

Don Freeman is president of Freeman Capital Management, a Registered Investment Advisor with the US Securities Exchange Commission (SEC), based in Phuket, Thailand.

He has over 15 years experience and provides personal financial planning and wealth management to expatriates. Specializing in UK and US pension transfers. Call 089-970-5795 or email: freemancapital@gmail.com.