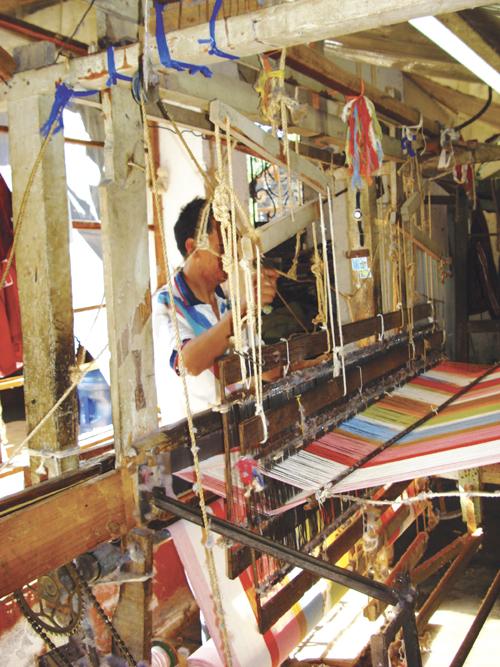 Tawee Piyapattana, president of Pacific Fish Processing Co, which specializes in the production of frozen seafood, says the company, which employs 3,000 people, will not lay off personnel but will instead focus on cutting logistics expenses. He claims this new strategy will also boost production efficiency and human-resource management.

Mr Tawee says his company will not raise prices in the short term, which would risk loss of market share during a time of intense competition in the export market.

The total export of processed seafood from Thailand dropped by 15% last year, amid tough competition from exporters in neighboring countries.

The chairman of the Textile Industry Club of the Federation of Thai Industries (FTI), Somsak Srisupornwanit, says the shutdown of a textile company in Saraburi province, is the result of declining purchase orders from foreign markets, especially as the European economy remains sluggish.

He added that the minimum-wage increase has aggravated his company’s situation – while revenue fell labor costs rose.

The wage increase is expected to pressure manufacturers in remote rural areas to relocate their plants to more urban areas in order to save on logistics costs. Another option is that some companies may choose to relocate to low-paying neighboring countries such as Cambodia and Myanmar.

Therefore, it is possible that the concentration of factories in Greater Bangkok and major cities will become denser in the near future, as companies seek a solution to streamlining efficiency.

However, Mr Somsak does not expect to see many factories closing down, as their owners will exhaust all options available to them.

“The textile business is not limited to garment production but can supply products to
different sectors, such as the fast-growing auto industry,” says Mr Somsak. “In one [new] car model, at least 40 parts of the body uses textile material,” he added.

One bright spot for Thai economists is that domestic car production is expected to reach 2.6 million units by the end of this year.

“If textile makers begin to work more closely with other high-growth sectors or supply products to the fashion sector, they will have a chance to survive. Small textile companies can also seek subcontracts from bigger peers,” he adds.

FTI vice chairman Vallop Vitanakorn says textile plants will not abruptly shut down in reaction to rising labor costs but would instead first slow production and stop recruiting new workers. If they have to recruit, they will select only skilled labor, he adds.

Sukit Kongpiyajarn, president of the Thai Garment Manufacturers Association, said after a meeting on the impact of the wage increase that manufacturers will have to improve production efficiency and control costs. If they pay overtime for 25 days, they will experience an additional cost of 1,600 baht per worker per month.

He expects it to become clear in the second quarter whether or not the sector can survive.

However, he noted that Thailand is not the only country trying to improve the incomes of its lowest-paid citizens. Vietnam has also raised labor wages by 18%.

If the garment producers can hold on for three years, the competition between Thailand and Vietnam will be on par.