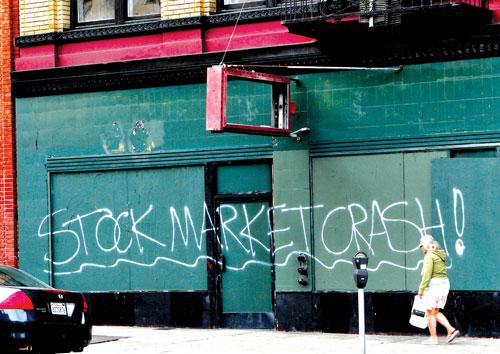 PHUKET: I have followed the performance of the Abraham Trading Company for many years but it has always been off limits for use with the vast majority of my clients. As has happened with a lot of high-class money managers recently, a low minimum feeder has been opened that allows access to your average offshore investor. What I like about the track record of this fund the most, is that they manage to have the occasional mammoth up-year, and their down-years are very small in comparison.

Salem Abraham started the company in the late eighties, and since 1993 it has managed to deliver a compounded average return of about 20% per annum. The monthly volatility is a little higher than some of my other favorite funds, but they have only had five down-years during this time, all but one of which were about 9-10%. The largest draw-down is less than that of the global MSCI index and shows a very rapid recovery.

If past performance does accurately predict future performance, which unfortunately it doesn’t always do, this would be the number one go-to fund. Luckily you can now hold this fund as part of a diversified portfolio for only US$10,000, meaning even a portfolio of $100,000 would be able to hold it as a 10% holding. In the past you would have needed millions to hold it in any reasonable proportion.

What also makes this fund a little different from many of its trend following peers is that its best years haven’t been stock market crash years. Of course, it still does great in these periods and thus provides a certain amount of protection for a stock-based portfolio. It made a whopping 158% in 2003, a rather unremarkable year for most, while making about 41% in the crash of 2008.

The new feeder fund does have an additional layer of management costs (although we can get into it without paying any front or back end commission), but I have never had a problem paying up slightly for great managers. There is some truth to the saying that you get what you pay for, even though sometimes in reality you don’t actually get what you pay for. With the top traders, however, this is the truth and they have the track records to prove it. The only time to consider costs, in my opinion is when you are indexing, since there is no alpha, or return above what the stock market gives, being generated. If you only want a market return, get a discount brokerage account to buy ETFs and do it yourself. There is no reason to pay anybody for what you could get by simply buying one global equity ETF.

If you want real alpha (which can be either a similar long term return as the stock market but with less volatility, or similar volatility but a much higher return), Abraham Trading Company has been delivering for 25 years. As with many others in this asset class, the last four years have not been great. This is an indicator that the timing is likely perfect to be getting invested. All previous periods of under performance have been followed by amazing returns. I have a feeling the next few years will likely see some large displacements in the global financial markets, which is the environment in which this fund thrives.

David Mayes MBA resides in Phuket and provides wealth management services to expats around the globe, focusing on UK pension transfers. Faramond UK is regulated by the FCA and advises on pensions and taxation – email david.m@faramond.com or call 085-335 8573.

Report: Global wealth has doubled since 2000