Facebook is the most popular social network worldwide and Asia is Facebook’s most active region in terms of active users.

India has the most number of Facebook registered users not only in Asia but in the world. Facebook users in India now number 251 million, becoming the largest audience country for the social media giant. But social media penetration remains relatively low in India as compared to other high Facebook user regions.

But Singapore has an astonishing 4.3 million users, not many you think. But when the total population is only 5.6 million users, that’s a really high percentage.

Vietnam has fifth highest Facebook users followed by Thailand. Thailand has 46 million users out of a population of 68 million.

South Korea has seventh highest number of Facebook users and almost half of the internet users are registered on Facebook. Pakistan and Bangladesh have 32 million and 28 million users respectively. Bangladesh is followed by Malaysia and Myanmar.

China, despite its huge population, has only 1.8 million Facebook users. However these figures do not include Facebook users in Hong Kong, Macao and Taiwan. Bhutan and Brunei Darusalam have the least number of Facebook users. 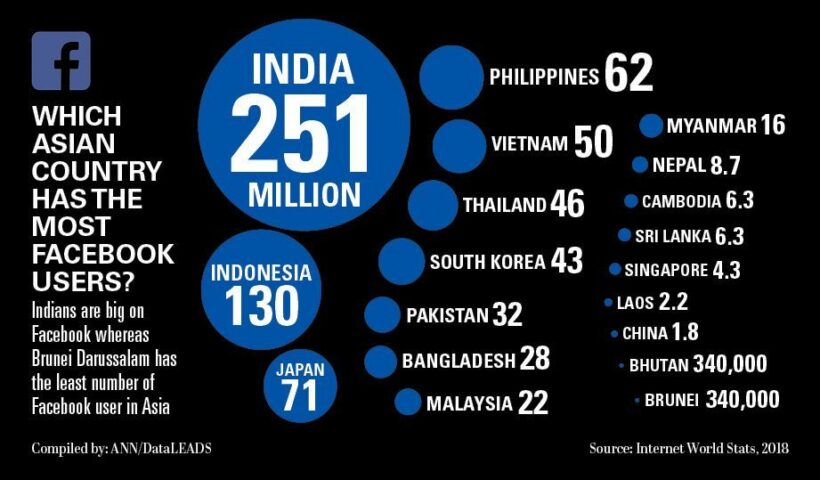