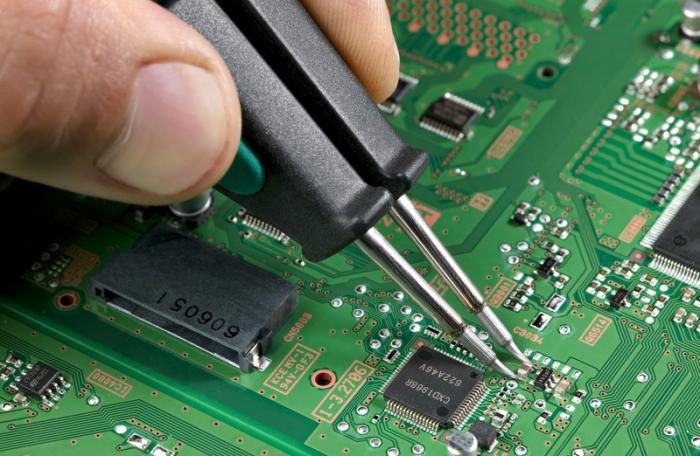 PHUKET: The semiconductor industry helps drive technological progress and yet many semiconductor stocks have lagged the performance of the broader technology sector recently. However, small cap MaxLinear, Inc (NYSE: MXL) is an exception as shares are up 134 per cent from the start of 2015 to November, plus shares rallied close to 28 per cent after the company reported third quarter earnings last November.

MaxLinear is a provider of integrated, radio-frequency (RF) and mixed-signal integrated
circuits for broadband communications. Basically they make the chips or circuits that allow electronic devices (such as cable boxes, digital TVs, mobile ‘phones, computers, vehicle displays etc) to process digital and analog broadband signals so that consumers can watch TV on them with a wireless broadband connection.

This is a highly important semiconductor niche, as although the Internet has been around for more than two decades, the struggle for bandwidth to both stream and process multimedia content has been a persistent problem. The same can be said of devices that can take large amounts of bandwidth and process it in a power-efficient way at very high performance levels.

When MaxLinear went public in March 2010, it didn’t meet all of the benchmarks considered necessary for a successful IPO because it was a small company with just US$51.4 million in revenue (for 2009) and only one profitable year since it was founded in 2004. Nevertheless, shares debuted at US$14 and soared some 38 per cent because it was a clean IPO in the sense that the company was not trying to raise money just to survive, pay off debts, or pay off private equity investors. CNBC’s Jim Cramer touted the stock on his show, saying “MaxLinear is a play on many of the big themes that we’ve been hitting on all the time…. This is at the heart of the tsunami. Broadband video on your phone?! Oh man! That defines the tsunami!”

However, MaxLinear’s shares quickly began falling after the IPO, finally finding a bottom in 2012 before rallying both in 2013 and for most of last year. Future signs that the stock will continue trending upward are:

2) Third quarter results were fueled by the acquisition of Entropic Communications for nearly US$300mn earlier this year along with broad-based sales strength with increases across all end-market focus areas. The company also gave a bullish outlook.

3) There has been a wave of semiconductor Merger and Acquisition deals in recent quarters as the era of cheap debt nears its end. This has some investors speculating that MaxLinear could itself be a takeover target, or be the acquirer of other semiconductor players.

Risk adverse investors should keep in mind that the semiconductor industry can be very cyclical as when the economy is improving, consumers tend to buy more electronics containing the components produced by companies like MaxLinear. But when the economy stalls, consumers have less disposable income to spend on electronics.

In addition, MaxLinear is a small cap stock with a market cap of just over US$1 billion – meaning shares are more thinly traded and not held as widely by Exchange Traded Funds (ETFs) or others, compared to large cap semiconductor stocks like Intel or Texas Instruments.

Don Freeman,BSME is president of Freeman Capital Management, a Registered Investment Advisor with the US Securities Exchange Commission (SEC), based in Phuket. He has over 15 years’ experience working with expatriates, specializing in portfolio management, US tax preparation, financial planning and UK pension transfers. Call for a free portfolio review. Don can be reached at: 089-970-5795 or email: freemancapital@gmail.com