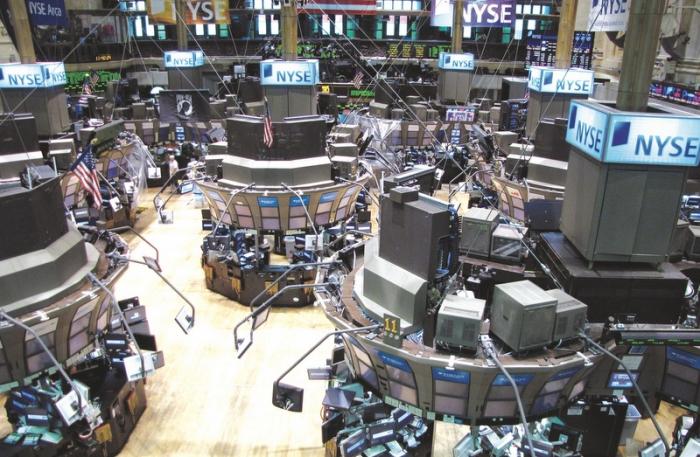 PHUKET: It’s not been an easy market for many individual stocks over the last few years. Take the case of Chinese internet and e-commerce giant Alibaba Group Holding Ltd (NYSE: BABA) – a stock I have been watching closely since its debut, when a client wanted to buy some shares.

Many western investors do not appreciate just how big of a global internet and e-commerce bellwether Alibaba truly is. For starters, Alibaba.com is the world’s largest online business-to-business (B2B) trading platform for small businesses.

In September 2014, Alibaba had the biggest IPO in history (US$25 billion) as shares were priced at US$68, but opened at US$92.70. Shares then surged to an all-time high of US$115 in subsequent months, only to be crushed by the market to as low as US$59. Right now, Alibaba’s technical chart shows a solid bottoming formation in the form of a triple bottom, roughly from last summer until this spring, followed by a consolidation, until more recently when shares broke out about 19 per cent to the US$97 level.

On August 11, Alibaba easily beat earnings and revenue expectations for its fiscal first quarter, which bodes well for the rest of the year’s performance. Some key financial or business metrics from the quarter include:

Sales grew 59 per cent to US$4.84 billion, the fastest growth since the 2014 IPO, thanks to revenue from acquisitions earlier this year; while the core China e-commerce business grew 47 per cent, also a post-IPO high.

Mobile monthly active users surged 39 per cent to 427 million and mobile revenue increased 119 per cent year-on-year – accounting for 75 per cent of Alibaba’s total China retail revenue compared to 51 per cent in the same quarter a year earlier.

Annual active buyers on Alibaba websites rose 18 per cent to US$434 million for a net addition of US$11mn from the prior quarter. Alibaba bought back US$2bn worth of shares.

On the other hand, Alibaba continues to face its share of unique challenges, that include currency headwinds hitting the top-and bottom-lines as China depreciates the Yuan and the US dollar remains strong. Counterfeit goods appearing on Alibaba sites also remains a serious problem, while how the company calculates some key business metrics along with some murkiness in its financials remain concerns for US regulators and investors alike (BABA is, after all, a Chinese company).

Like Google, Alibaba’s core business has allowed the company to splurge on more wildcard investments – many of which continue to lose money and may or may not ever bear fruit. The promising cloud computing business did grow 156 per cent last quarter, but it’s still relatively small (US$187 million in revenues) compared to Amazon Web Services and is still losing money (albeit, the business is closer than ever to break-even).

Moving forward, Alibaba’s technical chart could see further consolidation at present levels, while a pullback would be perfectly normal. Shares could still end up retesting the previous resistance level, which will then become a new support level. However, we will only know for sure by watching the share price action over the coming weeks.

Does a growth stock like Alibaba fit into your portfolio?

Don Freeman, BSME, is president of Freeman Capital Management, a Registered Investment Adviser with the US Securities Exchange Commission (SEC), based in Phuket. He has over 15 years experience working with expatriates, specializing in portfolio management, US tax preparation, financial planning and UK pension transfers. He can be reached at 089-970 5795 or email: freemancapital@gmail.com

Biz Chat: The significance of ‘price’ in marketing