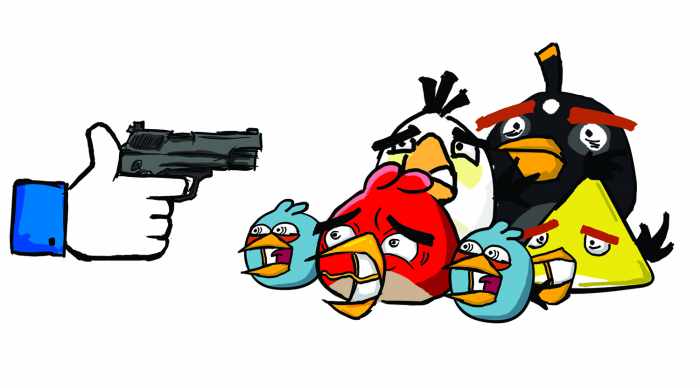 PHUKET: A few weeks back a friend of mine told me he’d seen a great band at Gig’s Jam Club in Nai Harn. It sounded like an amazing night and I was kicking myself that I missed it. Then I checked my calendar and it turned out I hadn’t been busy that night and was literally just up the road from Gig’s place twiddling my thumbs.

If only I’d known! 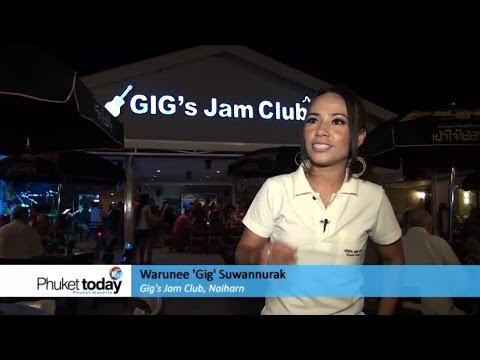 But I should have: when Gig set up the Facebook Page for her new music bar, I was one of the first few dozen to click the “Like” button. Why hadn’t I known about the gig at Gig’s?

After a bit of furkling around on the internet, I discovered the horrible truth: an awful lot of people spend an awful lot of time writing about Facebook on the net. But – after wading through some seriously warped conspiracy theories about Mark Zuckerberg and his plans to conquer Uranus – I finally discovered that Facebook has added a whole new level of “Like-ing” to the game.

A Get Notifications tab on the “Like” button dropdown menu has to be clicked on and, if you don’t click that tab, you may never hear from your favorite pub, band, eatery, spa, or whatever, ever again.

When you think about it, that’s kind of stupid. I can understand people not wanting to read hundreds of vacuous spam notices from corporate giants and over-zealous PR companies, but surely if you “Liked” the Page in the first place you probably want to know what they get up to every now and again. And, if you don’t, shouldn’t that be your choice, not Facebook’s?

But the extent of the problem didn’t really hit until I began digging into my “Likes” of the past year. Local band Black & Blue, “Liked” yonks back, Get Notifications turned off; Tommy Tank’s Tuk Tuk Diner, “Liked” since I first tasted his burgers, notifications off; Island6 Marina art gallery, notifications off; Les Diables, off; Krix Luther, off.

It’s not just business entities either; charities, community projects, I haven’t even been getting notifications from one of the Facebook Pages I manage!

A little more digging revealed a far more insidious plan afoot in FB-land. According to insidefacebook.com, last year Facebook started turning off notifications from recently “Liked” Pages that the Fan hasn’t visited in a while. So, even if you do click the Get Notifications tab, FB will happily turn them off again after an indeterminate period. The article failed to find out the time frame for disconnection, but it does report that Facebook will send us a notification (I know, ironic, eh?) when they do it.

I can’t ever remember FB telling me it was going to switch off any of my notifications, but it was probably one of those days when – shock-horror – I wasn’t paying attention to the little blue F.

Facebook, fairly or unfairly, lays the blame on poor overworked “developers”, because if we get too many notifications, we will stop reading them all, including those from the “developers” and then their life’s work will be ruined… or something like that. So – according to Facebook – notification fatigue is killing Social Media. And the cure? Switch off all the notifications.

And I’m not buying it either. What about the unsolicited drivel that we constantly receive from FB games sent via our empire-building FB buddies. To stop getting annoying updates about someone’s conquests in Throne Rush or Farmville, you have to physically go to the game Page and block it. Those are the kind of notifications that are causing notification fatigue, not announcements from little local restaurants that we might very well have been interested to know about.

What can be seen among little mom and pop operations, community organizations, local bands, bars and restaurants is that they are all beginning to abandon posting news and events to their FB pages. The obvious reason for this is that it’s not worth the effort – they are not receiving enough feedback from their fans to make proper page management worthwhile. And if fans don’t supply feedback, the fans’ friends won’t know about it, and won’t be directed to “Like” the page, and so the pages cease to grow.

So, basically, it looks like Facebook is trying to kill off pages through this notification policy, which is ironic considering the noise they made a few years back about getting organizations to use pages rather than personal profiles to promote their stuff.

The overall consensus of the online analysts and commentators is that Facebook is on a money grab, that shutting off the page notifications will force people to buy “post boosts”. I can see how that would work for the Cokes and Pepsis, burger chains and pharmaceutical giants – they can afford to buy boosts and are stupid enough to think it might help them sell some more stuff.

But, in the search for profits from the global big boys, Facebook is endangering the very basis of its appeal – local community interaction. And the outcome of this forced failure to communicate, this disconnection between the people and the places they like to hang out, is that posts on personal profiles about events and happenings are increasing.

So what is Facebook doing to stop this move back to marketing through personal profiles? It’s turning off notifications from your friends as well.

And that’s the kind of stupid that doesn’t even have a financial angle, because you cannot pay for a personal post to be “promoted” to your friends. So, regardless of how close you are to your neighbors, your first love, your old school friends, your drinking buddies, doctor, dentist, even your wife and children, Facebook policy says that you will hear nothing from them at all, unless you click on Get Notifications.

It’s almost as if Facebook wants us to give up and move to Google+.

Insights of a veteran hotelier