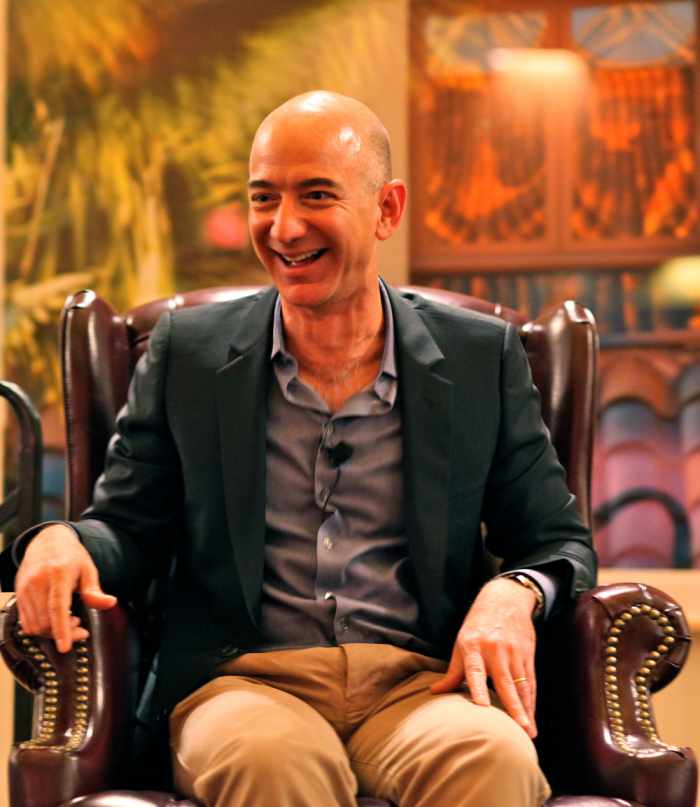 PHUKET: For those who have not yet drunk the iPhone Kool-Aid, your time has come to rejoice in the glory of the new Amazon Fire Phone. Announced by Amazon CEO Jeff Bezos on June 22 and ultimately being shipped from July 27, the Fire Phone has promised to stir things up in the smartphone sphere.

At this point, it has been garnering serious attention as Amazon’s first foray into the phone biz. The tech world has been quick to point out the direct challenges made to other big names – notably the camera which is claimed to take better pictures under any conditions than any other smartphone.

On the outside, the Fire Phone is slightly larger than an iPhone 5 and comes encased in a rubber housing – hopefully negating the necessity of a case. On the side of the phone, Fire users will find a dedicated camera button which will activate the camera within a second even if the screen is off and doubles as a shutter button.

As they say, it’s what’s inside that counts, like a 2.2 GHz quad-core processor, 2GB of RAM, ridiculous battery life with 22 hours of talk time, a fancy graphics processor, 13MP camera with optical image stabilization, 1080p video and on and on. All of those gorgeous photos taken with the Fire can be stored at full resolution on free, unlimited cloud storage.

The Fire has a long list of very nifty features, but one that stands out in particular is what they have branded Dynamic Perspective. The phone features four front-facing cameras which sense the phone’s and user’s movements to do things like scroll down, adjust on-screen perspective and even open certain apps or activate other features. Pretty slick indeed.

For now, cynics will roll their eyes and the bandwagon will start filling up, but we will have to wait until reviewers get some hands-on time with the Fire Phone and start dissecting it before we learn what kind of punch it really packs.