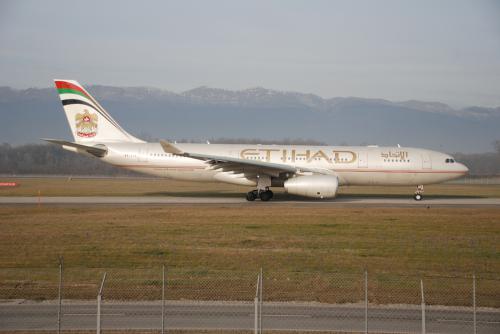 PHUKET: Etihad Airways, the national airline of the United Arab Emirates, will expand its network in Southeast Asia with the launch of a non-stop daily service between Abu Dhabi and Phuket.

The new route will launch on October 26, 2014, using a two-class configutation Airbus A330-200 aircraft, with 22 Pearl Business seats and 240 Coral Economy seats. The flight will arrive at Phuket International Airport daily at 6pm and depart at 8:25pm.

The flights have been scheduled to provide optimal connectivity between Phuket and key markets across Europe and countries in the Cooperation Council for the Arab States of the Gulf (GCC).

Phuket will become the second destination in Thailand to be served by Etihad Airways, and the seventh in Southeast Asia, alongside Bangkok, Singapore, Manila, Kuala Lumpur, Ho Chi Minh City and Jakarta.

James Hogan, president and chief executive officer of Etihad Airways, said, “We have a very successful track record in Thailand. The capital city, Bangkok, has ranked as our most popular route for the past four years, with 742,759 passengers flown in 2013 alone. Expanding our reach in the country with a daily service to Phuket is therefore natural progression.

“The island is a strong addition to Etihad Airways’ leisure portfolio and we will offer attractive arrival and departure times, with seamless connections to 25 European and GCC cities. This includes daily connections from London, Manchester, Berlin, Dusseldorf, Frankfurt, Munich and Paris, in addition to key GCC markets such as Bahrain, Doha, Muscat, Kuwait and Riyadh.”

Flights to Phuket can be booked starting today at etihad.com; through Etihad Airways Contact Centers; or via travel agents.

Phuket Business: Music on the move